Who is Preparing Your Faith for The Last Hour? 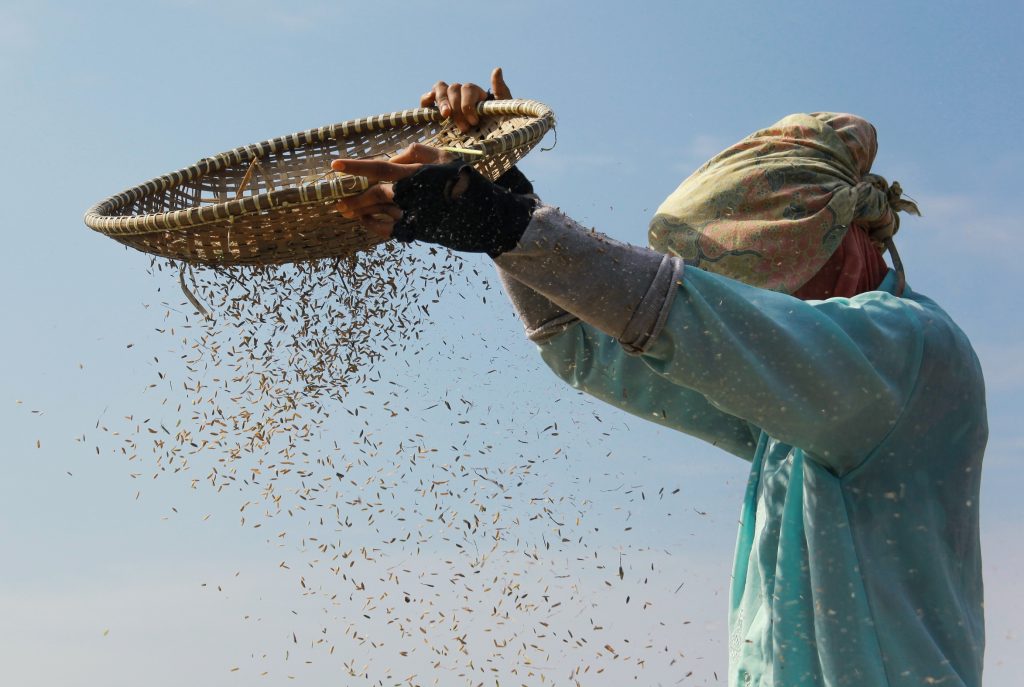 Excerpts from a sermon by Avi Tekle

At the Passover meal with His disciples right before He went to the cross, Yeshua said, “All of you will be made to stumble because of Me” (Mark 14:27).

Bewildered, Simon said, “No, no. All these may deny you, but I won’t.”

Yeshua responded, “Before [dawn] you will deny me three times!”

Well, we know what happened. Now notice Yeshua’s next words: “Simon, Simon, Satan has demanded to sift you like wheat, but I have prayed for you that your faith will not fail; and when you have turned back, strengthen your brothers” (Luke 22:31).

What an amazing statement! Yeshua saw what was coming and said that even temporary stumbling could become a part of purifying Simon’s “kernel” of faith.

Sifting involves first pummeling the wheat and then shaking it in a sieve, so the kernels of grain can be separated from the chaff and purified. That’s the kind of uncomfortable process that Yeshua told Simon that he WOULD go through.

Now it sounds interesting, when used as an agricultural preaching metaphor. But when it comes to our own life, it becomes deathly painful. It may include uncertainties around money, employment, relationships, personal danger and governmental stability – big question marks and huge stressors.

Satan will try many things in our life to bring destruction, but these four steps will help prepare us:

You also can take faith steps:

I recently heard of a soldier in our congregation who, at the end of her army service, took a “Jewish identity course.” At the end of this course they asked her if she believes in Yeshua. She said, “Yes.” They asked her to deny Him, and she said, “I can’t.” She took a stand!

Do You Want to be Shot? 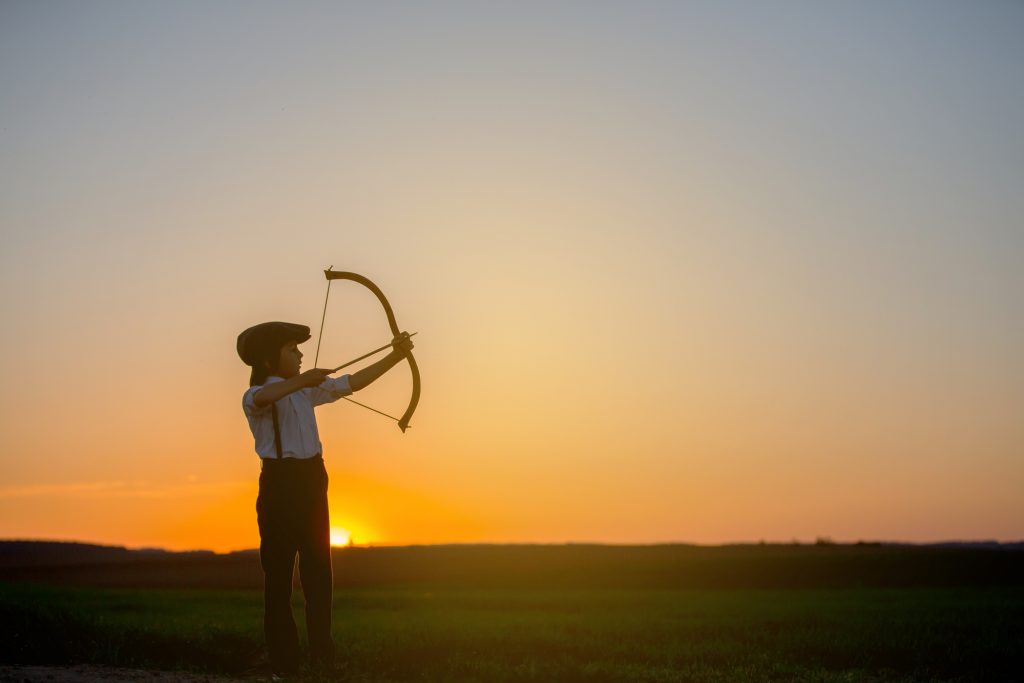 After Yeshua’s resurrection from the dead, He appeared to the eleven disciples and said to them, “Go into all the world and preach the gospel to every creature. He who believes and is baptized will be saved; but he who does not believe will be condemned. And these signs will follow those who believe: In My name they will cast out demons; they will speak with new tongues… they will lay hands on the sick, and they will recover” (Mark 16:15-18).

In one word, what was it that Yeshua told them to do? Go. He had prepared them for three years for exactly that. They went through trials and tests, doubts and fears, as well as criticism and sacrifice. All of this became a part of their testimony. Yeshua taught them and was an example to them throughout that time.

What they gained from all of this was their identity as HIS disciples. In this they were unified, eleven of them remaining faithful to Him and to one another. This identity was part of their DNA and included attributes such as integrity, unity and faithfulness.

What does this say to me as a believer? Let’s take Yeshua’s example of investing in people and apply it to the business world.

Many successful businesses have been built according to these same principles. They begin by developing a small group of people trained, unified and “pointing” in the same direction. Then they go out, expanding into different areas but maintaining that same DNA, unity and vision.

There is the example of the building of the State of Israel – on the foundation of the Kibbutz and Moshav agricultural villages. Each of them was founded by a core of pioneers partnering with each other and willing to sacrifice for the sake of the common goal.

Early Aliyah was heavily invested in by Baron Edmond James de Rothschild, a descendant of Mayer Amschel Rothschild who was born in 1744 in the ghetto in Frankfurt, Germany. The Rothschild family coat of arms includes a fist clutching five arrows. The arrows are a reference to Mayer’s five sons and to me are reminiscent of the words of Psalm 127:3-5, “…children are a reward from [God]. Like arrows in the hands of a warrior…” Rothschild sent his five sons out to establish banks in five key cities throughout Europe.

Each of these examples resulted in change and are an example of people being sent out. I see through these examples how spiritual principles are foundational in the natural realm as well. Many would like to be sent out, shot towards a target. However, success depends on first being discipled.

The disciples were Yeshua’s arrows, sent to raise up the body and bring a change to mankind. Can we say that today we, as the members of that Body, are like arrows going forth in the love of God? Walking in the integrity of His Word? In unity and faithfulness? Bringing change?

What is our DNA as individuals, families and congregations? What change are we hoping to bring?

Multiple Meanings – Prophecies Regarding the Servant of the Lord 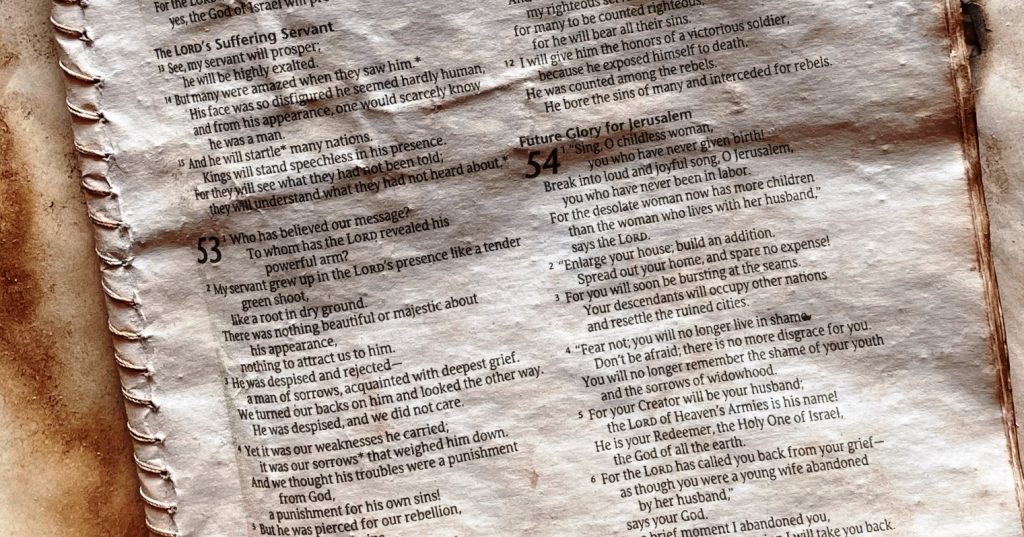 “See, my servant will act wisely; he will be raised and lifted up and highly exalted. Just as there were many who were appalled at him – his appearance was so disfigured beyond that of any human being and his form marred beyond human likeness – so he will sprinkle many nations, and kings will shut their mouths because of him. For what they were not told, they will see, and what they have not heard, they will understand. Who has believed our message and to whom has the arm of the Lord been revealed? He grew up before him like a tender shoot, and like a root out of dry ground. He had no beauty or majesty to attract us to him, nothing in his appearance that we should desire him. He was despised and rejected by mankind, a man of suffering, and familiar with pain. Like one from whom people hide their faces he was despised, and we held him in low esteem. Surely he took up our pain and bore our suffering, yet we considered him punished by God, stricken by him, and afflicted. But he was pierced for our transgressions, he was crushed for our iniquities…”

There is some disagreement over who the “Servant of the Lord” is in the prophecies of Isaiah, especially in chapter 53. Orthodox Jews say this term refers to the “people of Israel.” Christians say this is the “Savior Messiah.”

Let’s look at this. First, we need to recognize that a single word or term in the Bible can have more than one meaning. (For example, in various prophetic verses, the word “lion” can refer to Israel, to the tribe of Judah or even to the devil (Numbers 23:24, Genesis 49:9, 1 Peter 5:8).

The term “Servant of the Lord” appears several times in Isaiah.

“And you, Israel, Jacob My servant whom I have chosen, you descendants of Abraham My friend, I took you from the ends of the earth, from its farthest corners I called you. I said, ‘You are My servant; I have chosen you and have not rejected you’” (Isaiah 41:8-9, emphasis added). This verse clearly refers to the people of Israel. Paul, in Romans 11,  interpreted this verse as confirming the election and the promises to the ancestors and Israel.

Isaiah says that even a pagan emperor (Cyrus) can perform God’s will (Isaiah 44-45). God put it in the heart of this leader to rebuild the Temple in which Messiah Yeshua would later stand. The logical conclusion is that God can make for Himself a servant of whomever He wants … but especially of those who AGREE TO COOPERATE with HIM!

When we read Isaiah 53, we see the One who cooperated to the ultimate degree in carrying out God’s will:

“… for the transgression of My people He was stricken… and the will of the LORD will prosper in His hand. After the suffering of His soul, He will see the light of life and be satisfied; by His knowledge my righteous servant will justify many, and He will bear their iniquities.” (Isaiah 53:8-11, emphasis added).

In this scripture, the text clearly does not speak of the people of Israel, but speaks of the promised Savior, the One who agreed to give up His soul to torment in order to reveal eternal atonement to both Israel and the world. By the way, the ancient Jewish Targum commentaries, like the believers in Yeshua, also interpreted this scripture as referring to the Messiah, Savior of the World!

I will conclude with the words of Peter concerning this Messiah: “Behold, I lay in Zion a cornerstone, chosen, precious; and he who believes in Him will not be ashamed” (1 Peter 2:6).

With All Your Heart 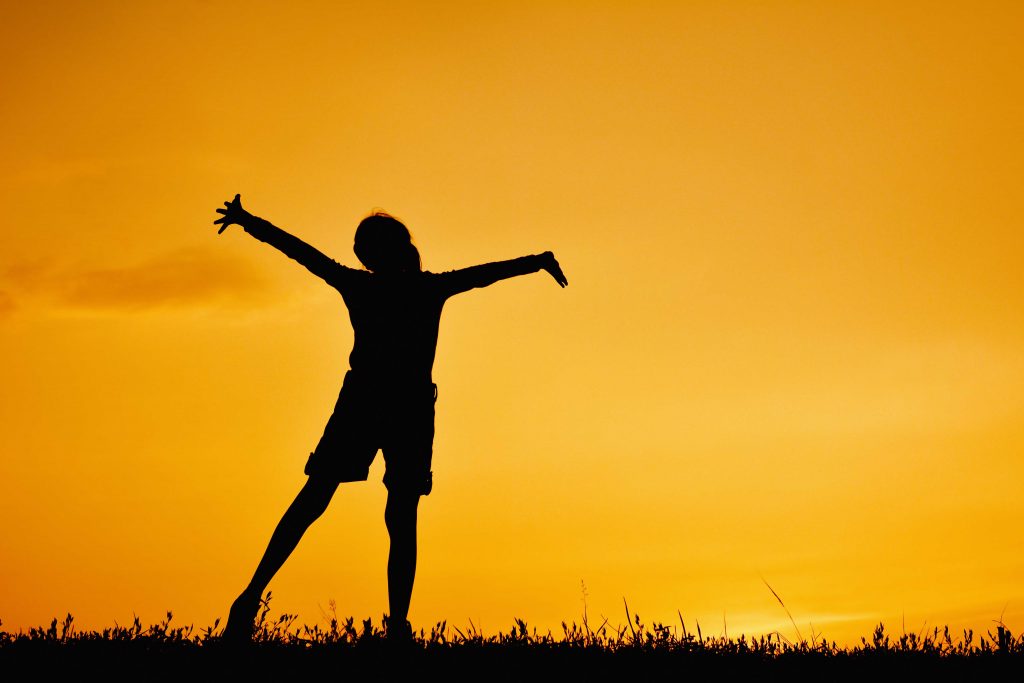 With All Your Heart is a book born out of affection for young people. From leading a faith-based group of underprivileged boy scouts in the 1970s, to overseeing dozens of teen camps in Israel, I’ve always been drawn to youth – and moved by their raw honesty. Interacting with them over the decades has challenged me to respond to their needs – and make God more than just a word they hear in congregational services.

I’m also a grandfather. So, I wrote this book for my grandchildren (ages 1 to 22), to impart my heart –  hopefully in a way that will leave a lasting deposit of what it really means to live FULLY from one’s heart, connected with God’s heart.

Expressions of the Heart are Everywhere

This is a tiny sample of expressions in our everyday speech that echo the centrality of our heart.

Our heart is the core of our being – both physically, emotionally, and spiritually. So, when I set out to write a book about living from the heart, I was astonished at the sheer volume of biblical statements about this fist-sized pump in our chest.

“From the end of the earth I will cry to You, when my heart is overwhelmed; lead me to the rock that is higher than I.” (Psalm 61:2)

“I will give you shepherds after My heart, who will feed you with knowledge and understanding.” (Jeremiah 3:15)

“Above all else, guard your heart, for everything you do flows from it.” (Proverbs 4:23)

Here’s what I believe. Life is meant to be lived fully – from the heart. Anything less is a disappointing compromise. Only by embracing both the centrality and the potential of our heart are we empowered to fulfill God’s highest destiny for us.

How Can One Truly Live from the Heart?

What does that even mean? What are the challenges, the barriers, the enemies of your heart? For what purpose did God fashion your heart? Is it possible for the Almighty to manifest His heart through yours? How does Yeshua teach us to live from the heart?

More and more questions piled up as my list of Bible verses grew into the hundreds. How could I ever get a handle on such an enormous and essential subject? Then it came to me: I would write this book as a down-to-earth, personal message for my grandchildren, and for young people in Israel and elsewhere.

Personal stories of grief, of disappointment, of delight, and of my search for life’s meaning are throughout the book. The thirty-three chapters are short, each one easily read in a single sitting. There’s even an audio version, in which I had a blast reading every page aloud. It would be my joy for God to touch your heart through what He’s enabled me to write.

Note: With All Your Heart is for sale now at Amazon.