It Takes a Grandmother

This is a story about two students who are learning at our Messianic music and art school, “Rainbow of Sounds,” and their grandmother. They are siblings, ten and thirteen years old, both here in Israel.

It so happened, by the Lord’s guidance, that one of our team members met their grandmother at the beach. When the grandmother heard of the music and art school run by Return to Zion Ministry, the grandmother expressed the desire to visit so that the teachers could listen to her grandchildren and evaluate their musical abilities. 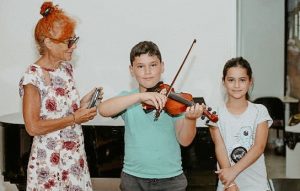 It turned out that they are very talented, and ever since then they have been taking lessons at our school – each one on two instruments. We were able to loan them two violins; however, finding a piano that they could use was much more complicated. These bright, talented kids have been receiving lessons for a year and a half already, but they have not had the chance to purchase a piano or violin for themselves. The most inspiring thing is that they are not losing heart or interest despite these challenges. On the contrary, they are practicing and preparing for concerts, even if they must train at home using a piano keyboard printed out on paper!

As with many others, the lack of finances and other issues make it difficult for these two young students to reach their full potential musically and otherwise. Yet regardless of their challenges they come eagerly to the music school for their lessons and at the conclusion of their lesson they each thank their teacher. Their dedication is so great that they do not allow themselves to eat until they have finished practicing, feeling that if they do not complete their practice, they do not deserve a meal.

Their musical and artistic progress is not a priority for their mother who is parenting them without a partner. The grandmother sacrificially pays the subsidized tuition for her beloved grandchildren with the attitude that “every shekel adds up.” She also participates in each of the children’s group music lessons and even sings in the children’s choir! The teachers and students are now used to her presence. Her aspiration towards creativity and art, even at an advanced age is an admirable and inspiring example for all the students at our school.

We are taking on the challenge of expressing God’s love to these talented, underprivileged children of Israel and others like them, by developing their musical abilities, discipline and confidence. Your prayers together with a monthly gift of $150 will sponsor a child at our school – enabling him or her to mature and grow in their giftings and equip them with skills that will enrich their future here in Israel.

We are grateful for your partnership.

Summer 2021, we hoped, would be the summer that everything went back to normal. When we returned to having services in person at the congregational building in mid-May, we naively imagined that life would soon go back to the way it was before.

Currently, rising numbers of Covid-19 cases in Israel have brought many social restrictions back. To cope with them until the situation is stabilized, we moved our annual congregational field trip to Hurshat Tal (literally translated “the dew grove”) up to the beginning of August and decided on a two week hiatus from services to follow.

Swimming in the freezing cold water that comes down from Mt. Hermon (Psalm 133:3) was refreshing to body and soul. Seeing the deer that came seeking the cool waters too, brought to life the verse, “As a deer pants for streams of water, so my heart pants for you” (Psalm 42:1).

In addition to that, the children’s camp we hold every summer, which was cancelled last summer, went through many adaptations this summer. It was cancelled, un-cancelled, re-cancelled, and then we began working on an alternative – a day camp. This alternative also went through the fire. Plan A – four days, 40 kids. Plan B – four days, 20 kids. Plan C – 2 days, 20 kids. Needless to say, all the adults and kids were worn out from hoping, being disappointed and hoping again.

To our delight, “Plan C” was a beautiful success! Two days of outside fun in the hot Israeli sun! Despite all the frustration, discouragement, and changed plans, God faithfully granted us wonderful times of fellowship, food, water games, classic camp silliness and Bible lessons. As we went from activity to activity, the children’s eyes were full of delight and it was wonderful to see them tasting of God’s goodness and faithfulness.

“Let us hold fast the confession of our hope without wavering, for he who promised is faithful.” (Hebrews 10:23)

Will We Stone those Sent to Us? 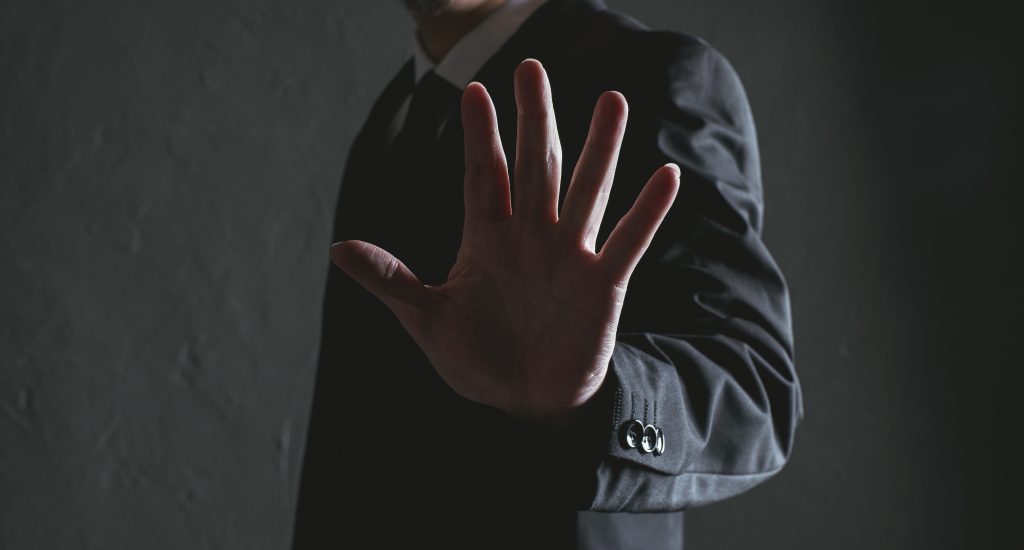 God sent Elijah the prophet to Israel, but King Ahab and his pagan queen killed the other prophets of God and honored the idol Baal. The “prophets of Baal” felt protected, became brazen and continued to present a false view of the divine.

This was the atmosphere in which Elijah lived!

Elijah confronted the idolaters and gained a fiery victory high up on Mt. Carmel. After proving who the one true God is, he must have thought “This was the moment for which I was sent! Surely now they will all repent!” However, they did not, and instead Queen Jezebel succeeded in putting fear and doubt into Elijah. He feared for his life as a prophet of God and fled to the desert. There he found himself in a cave complaining to God about his isolation – rejected by the nation to which he had been sent.

“I have been very zealous for the LORD of hosts, for the sons of Israel have forsaken your covenant. They have destroyed Your altars and killed Your prophets by the sword; and I alone remain and they seek my life to take it.” (1 Kings19:10)

There by the cave, the Lord revealed himself to Elijah in a still, small voice. God encouraged him and then sent him back into the fray to anoint three people: Hazael as king over Syria; Jehu as king over Israel; and Elisha as prophetic voice in his own place (1 Kings 19:15-18). (Sadly, even though these two new kings were both anointed by the prophet to rule, neither Hazael nor Jehu ended up living according to God’s instructions.)

What about governmental leadership and the prophetic voice of today?

We the disciples of Yeshua are anticipating His return as King of Kings and Prince of Peace – the only perfect and righteous leader possible. Let’s remember the words of our Lord in Matthew 23:37-39. As the Rejected One sent to the lost sheep of the house of Israel, He must have identified with Elijah:

“O Jerusalem, Jerusalem, who kills the prophets and stones those who are sent to her! How often I wanted to gather your children together … but you were not willing!”