Sons and Daughters of the Covenant 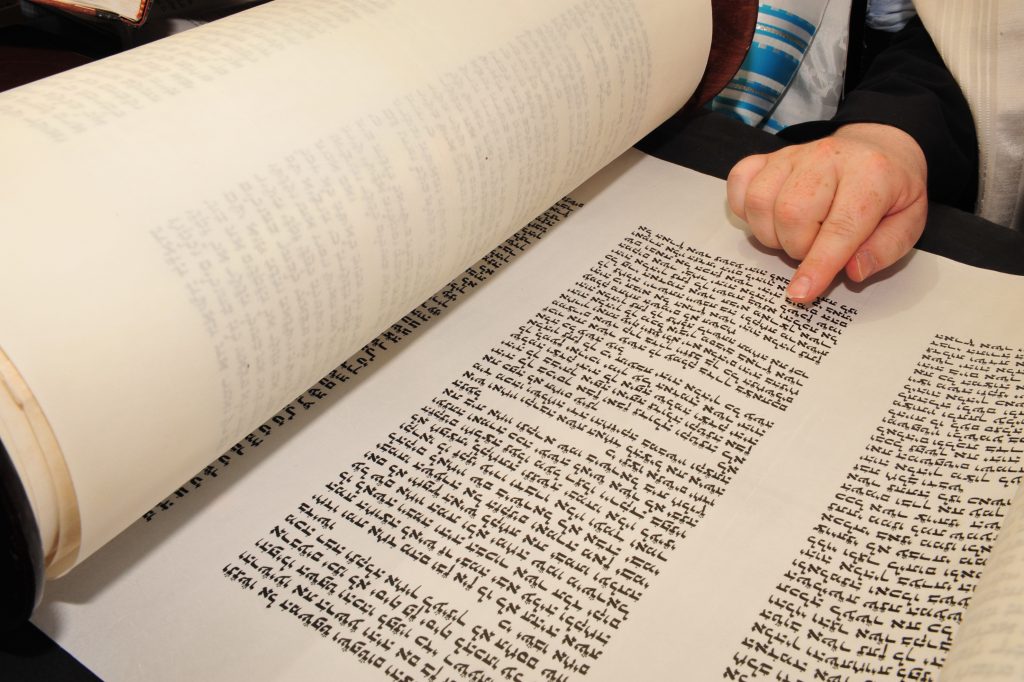 A boy celebrates his Bar Mitzvah by praying at the Western wall in Jerusalem, Israel. Bar Mitzvah are Jewish coming of age rituals. According to Jewish law, when Jewish boys reach 13, they become responsible for their actions and become a Bar Mitzvah.

This weekend was very special for us. We celebrated the Bar Mitzvah* of our third child and first son, Mattan. Truthfully, after the crazy year we have had, we weren’t sure if or how we would be able to celebrate. By God’s grace, the last of the Covid-19 restrictions were lifted just in time to have a traditional celebration as he and we had dreamed. 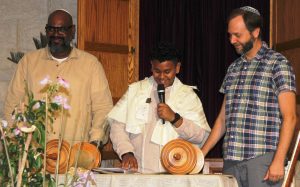 Matti’s weekly scripture portion was Numbers 16 and 17. Under the guidance of his father, he studied diligently and prepared to chant the verses of scripture that he chose from the portion and to give a commentary on what he had learned from the portion. Watching him study so devotedly and approach the mentorship with his father and the other leaders in the community who met with him was a special experience. He truly went through a process of embracing the role of becoming a “Bar Mitzvah,” a son of the covenant.

In this section of scripture, Korach and a group of men that he incites and leads, revolt against Moses and Aaron. They come against the order God has set for the role each tribe should fill. As a Levite, Korach was already in a place to have special ritual duties, but he was not content with the position he had and rebelled against the authority God had set. The rebellion is quenched and punished by God, but it is notable that the sons of Korach, his descendants, did not follow in their father’s rebellious footsteps. They submitted themselves to the ordained leadership and are the writers of the Psalms from which we have some of the most anointed worship songs we sing Psalms 42, 46, 84, 87 and more. It is so encouraging and such a picture of God’s redemption that the sons of Korach were not bound by the mistakes of their father but were privileged to make good choices and then be instrumental in penning words that touch eternity.

Here is an excerpt from Mattan’s Bar Mitzvah commentary regarding the rebellion of Korach in Numbers 16-17 and Aaron’s staff that budded.

God told Moses to take the marked staff of representatives from each of the twelve tribes, including Aaron. Through them God would make clear whom he was choosing to be the high priest.

Moses presented the staffs to all the tribes and returned them to their owners.

So, what is a staff? A staff is a rod, a baton, or a stick used to support and assist in walking. Beyond that, a staff symbolizes leadership, identity, and authority. Leadership – as a shepherd in front of his flock or as a baton in the hand of the orchestra conductor. Identity – as a staff in the hand of Moses and Aaron. Authority – as a golden scepter in a king’s hand.

There were two reasons I chose these specific verses from the weekly Torah portion:

I believe this is a message for me from God, and I hope for you too. The message I received from this passage is that if we despise one who is sent from God, that is, a person whom God has chosen, then we are also despising God. A man or woman of God is not perfect, but neither are you. This person is simply a messenger and God is the sender. If the person being sent is despised, then the sender is also despised. 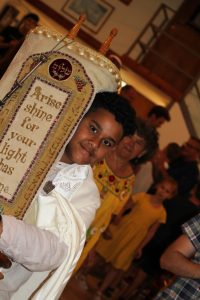 The High Priest was chosen by God, and he was to be a bridge between God and the people. Today on my bar mitzvah, I want to say that my High Priest is Yeshua who took my sins upon him and made a way for me to be in touch with God.

I want to tell you a secret about me. I love superheroes. My favorite is Spiderman. Thinking about superpowers encourages me to seek what heroism God has placed in my life. I understand from today’s chapter that the story of the staff is a story about us. Each of us is a staff in the eyes of God. I declare today that I want to be a rod in the hand of God. I don’t want to leave God’s hands empty. Therefore, I want to give my life to be a staff in the hand of God, to find the “heroism” that is within me and to fulfil the call that God has given me.

The Bible is filled with ceremonial events, Old Testament and New Testament alike. We need ceremony to mark significant events, changes, milestones. When Yeshua was ready to begin his ministry, God the Father attended His “immersion-ordination” by speaking from heaven.

This week as we prepared for the Bar Mitzvah, we also had the honor to immerse in water one of our young women, who is just about to finish her army service. She also engaged in a ceremonial act of covenantal commitment.

This week’s ceremonies were important for our son, and this young woman, but they were equally important for the rest of us, to witness anew a transaction of decision and declaration of Faith that has weight in the spiritual realm. We have all been given the divine gift of free will. We must choose to walk in service and relationship with God, and to renew our covenant with Him regularly.

*The bar mitzvah is the coming-of-age ceremony in which, at age 13, a boy becomes directly answerable to God’s commandments according to Jewish tradition. Girls celebrate their bat mitzvah at age 12.

Are These THE Birth Pangs? 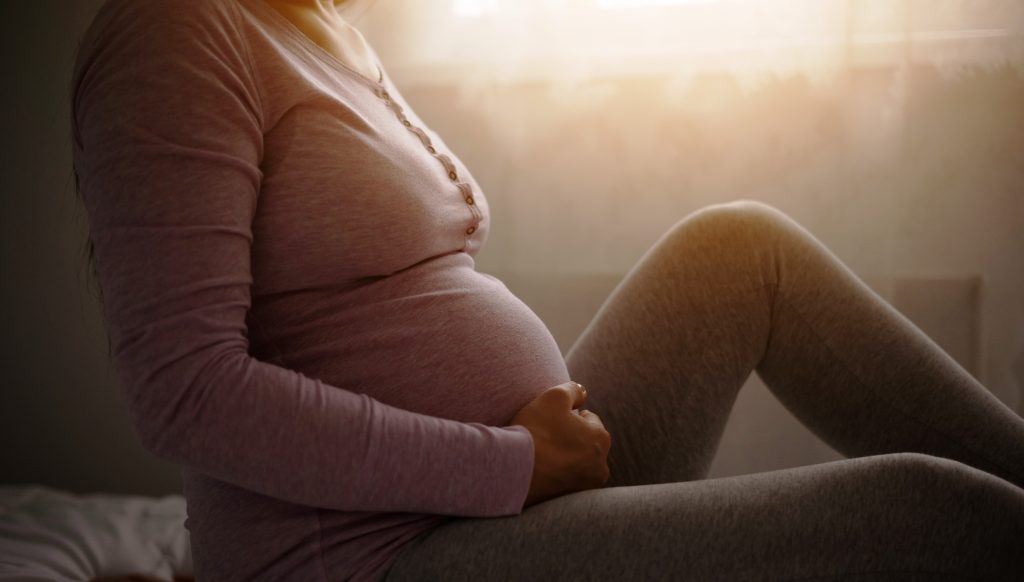 Anyone who has either given birth or witnessed childbirth knows about the ambiguity of labor pains.  Sometimes you think the time has almost come, but the actual birth is still hours away. Just recently, our daughter had a baby. We were with her when her contractions began. Sometimes they were coming with regularity and then they would stop. Of course, the labor continued its course and eventually she gave birth to a son. So you can congratulate us on our first grandchild!

Israel also seems to be experiencing birth pangs. Many people refer to Israel as God’s global “clock.” The clock is currently behaving strangely, and it is not easy to tell the time. For several years we have had a very challenging situation with our government. Tension and misunderstanding between secular Israelis and the Orthodox Jewish community has been increasing.  Forty-five Orthodox were tragically killed during the overcrowded celebration of Lag BaOmer on Mount Meron. Then the military conflict in Gaza commenced, and tensions rose with the Arab population inside Israel. Then there was another tragedy in the Orthodox Jewish sector — with the collapse of synagogue bleacher stands during Shavuot, with two deaths and many injuries. All this happened as our country was gradually relaxing Covid-19 restrictions.

We recall the words of Yeshua concerning a disaster that had recently occurred: “…those eighteen who died when the tower in Siloam fell on them — do you think they were more guilty than all the others living in Jerusalem?  I tell you, no! But unless you repent, you too will all perish” (Luke 13:4-5).

Yeshua implied that disasters are not caused due to the victims being more sinful than others. He emphasized the IMPORTANCE OF REPENTANCE. For us at least, these disasters are a signal of spiritual quaking, changes, and a call to repentence.

Many of Israel’s pastors have come together in prayer groups. This initiative is captivating many. It is important for us to understand what the Spirit is saying, since we need to understand what the Body of the Messiah should do in these difficult days. It is possible that the Lord is leading us in an “unfamiliar” way. Those hoping for the usual sequence of events may become even more confused.

Indeed, the “birth pangs” in our day are still intermittent. Like Elijah the prophet, we need “ravens” — daily sustenance and guidance from the Lord, to live and to pass on the Way of Life to our children, and even grandchildren.

Friends, we gratefully encourage you to stand with us in prayer. We pray too for you and your loved ones. 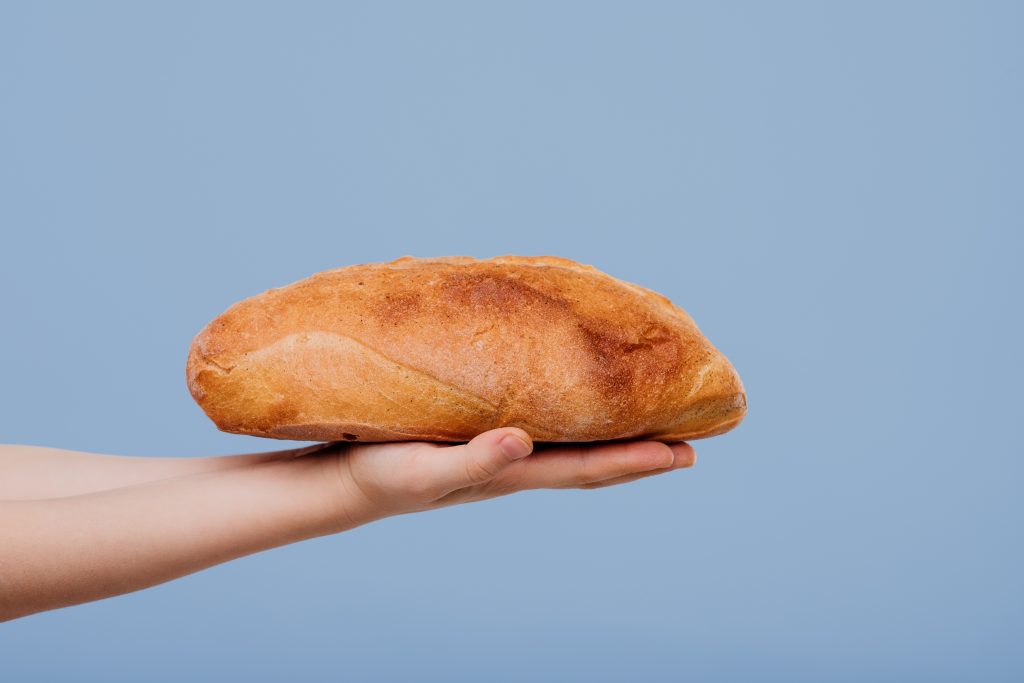 You have surely heard about the events that took place last month in Israel. I am not referring to the rockets which Hamas was shooting into Israel, but rather to our Arab neighbors (mainly from Muslim backgrounds) who suddenly took to rioting in usually quiet Israeli towns and neighborhoods. Those involved in the riots and violent demonstrations were mostly Arab Israelis who had decided to participate in the jihad fight against the Jews who, in their eyes, were the ones who took the land which belongs to them. Jihad is a holy war in which Muslims are commanded to kill enemy infidels, even at the cost of sacrificing their life.

There are several ways in which a jihad can be carried out.  One is through the media where a call goes out to join the “holy” fight. This is how the Arab youth in the mixed Israeli cities and surrounding areas were incited to go out into the streets. Also, there is a jihad against the economy via a boycott against purchasing goods manufactured in lands defined as being occupied by the “enemy” (e.g., BDS). This also includes agricultural products grown in that land.

Even if a practicing Muslim is disabled and cannot join physically, he can contribute to jihad if his prayers are directed against the enemy. Even women who give birth to children who will eventually join in the jihad to defend Islam, are considered jihadists.

I was born and raised in the city of Akko, which is home to both Jews and Arabs. In mixed Jewish/Arab Israeli cities like mine, we have been living a life of pluralism – honoring one another, along with our differences and beliefs. Therefore, we were in shock to see what happened on our doorstep, as neighbor turned against neighbor, betraying trust. To be fair, there were also a few incidents of Jewish violence towards Arabs, although they paled in comparison to the Muslim violence.

Israel’s enemies noticed how, in the last two years, we have had four elections, no unity and an unstable government. They saw this as an opportune time to aim for Israel’s soft spot. What our enemy didn’t realize is that you cannot overcome Israel and her people with this tactic because it’s in the hard times when we rise up above our differences and join together in the fight.

As for the mixed cities, those spiritual leaders who serve Yeshua, both Arab and Jew, must come together and stand in the gap for our communities. We must be in a place where the blood and body of our Lord is ever before us; in the place where His blood continually cleanses all iniquity.