Last month we shared about our week-long summer camp that blessed 75 children. That same week, we also held a special distribution event for new immigrant families and refugee families from Ukraine.

In one day over 40 families were welcomed into our fellowship hall with an atmosphere of pleasant music, friendly faces and cold drinks as they came in from the summer heat. Each family was gifted a full set of essential household goods! Many of them arrived in Israel with almost nothing and because of your prayers and generosity they left our ministry center with everything they needed to start to feel at home. Among the items they received were dishes, kitchen knives, pots, a microwave, an electric teapot and more.

One of the women who came that day was so moved that she stayed in the reception area even after she had gathered all of the goods for her family; telling us her story and crying in grief over all she had been through, but also crying out of gratitude for the experience of the day. She later sent us this note:

“We are Ukrainian refugees from the city of Zaporizhzhia. We arrived in Israel in March 2022. Because of the war, we arrived with only our documents. The suitcases and bags we had brought with us were thrown from the train and everything else was left at home in the rush. The way here was very difficult, but we made it on our own. We survived two days stuck in the train without water. Our grandson was in the hospital with an acute asthma attack, connected to intravenous drip and when we had to leave suddenly, we discharged him prematurely without even having an inhalation machine to take with us. Thank God, we made it and he is ok.

I want to express my deep gratitude and the gratitude of my family to Ohalei Rachamim for all the good you are doing for people like us. We were received so kindly and we were listened to. We are so grateful for the generosity and kindness. I myself worked in humanitarian work in my past job, and never did I imagine myself being on the opposite side but am so grateful to the staff at Ohalei who have responded to us in such kindness.”

Then in August, we had our annual summer congregational picnic. There’s nothing better than going out to spend a day together as an extended congregational family! We traveled to the picturesque national park, Gan Hashlosha, where we ate, swam, played games and had deep conversations together under the palm trees. Some of the families that came were also newly arrived immigrant and refugee families.

For Such a Time as This

When the war in the Ukraine started, it was a shock to many of us. In a daze, we asked ourselves, “Why is this happening and what will the outcome be?”

Some thought it was the end time war, the “bear” coming down from the North, Gog and Magog. I prayed to the Lord, needing to know my role/our role in these current events. What could Harvest of Asher do, and the nation?

I would like to share the areas where God made it possible for us to help in the operations needed to assist people fleeing the war.

We received requests to provide buses to transport Ukrainians to the borders of Poland, Hungary, Romania and Moldova, in order to get them out of the war zone. This took place in the early part of the war, during the cold winter months. Believers from all over the world networked with contacts in local churches and people were waiting at the borders to assist the refugees. Donations were sent that enabled us to help local ministries buy food for distribution along those borders.

During all of this, Jeremiah 31:8, “Behold, I will bring them from the north country, And gather them from the ends of the earth…” (Aliyah); was continually before me and weighed heavily on my heart and in my spirit.

As things developed, I felt led to approach the Akko Municipality to speak about the possible influx of refugees to the area. As we spoke, I realized that they were unprepared and quickly found myself involved in the planning stages. I shared what I believed would be the initial basic needs of families coming to the area. As a result of these discussions, the municipality agreed to provide a small warehouse where second-hand as well as new items that people wanted to donate could be organized. This included clothing, bedding and other household items.

At one of the city meetings, which I attended, we asked where the refugees could be housed. The Israeli government subsidizes rent for new immigrants. This however does not include refugees who enter Israel under a different status. The government Aliyah policy is that when immigrants come they are either sent to cities in the north or south of Israel. This is due to the lower cost of living and apartment affordability. Tel Aviv and surrounding areas, are very expensive. (In fact, Tel Aviv is by some measures, the most expensive city in the world to live in.)

The next question was what would be needed in the apartments. Remember that those making Aliyah as well as refugees were often coming with only the clothes on their backs. Many families arrived in Israel not just from Ukraine but also from Belarus and Russia. The Ukrainian families were mostly women and children since men over the age of 18 are automatically drafted into the Ukrainian army.

We helped finance the renovation of three classrooms for Ulpan (Hebrew language school). In addition, we contributed funds to the renovation of a small apartment building on a local kibbutz that has welcomed roughly thirty families to their community.

Over the last six months, we have been distributing funds raised to meet people’s basic needs. The following is a list of some of the items and services we helped provide through the Akko, Nahariyah, Carmiel and Matte Asher municipalities.

The items in this list were part of a budget of up to 3,000 shekels given to each of the families to choose what they needed most. In addition, they were given coupons for the purchase of smaller household and personal items according to their needs.

To further help the families, a campaign was held this summer to raise finances for school supplies. One hundred and fifty children received $100 worth of school supplies each.

First of all we want to say “thank you.” These last few years, from Covid to the war in Ukraine, have been intense and so much of what has happened has been far out of our control. Yet in the midst the crisis and trauma, we have been able to be a light to our community. Without you, we could not have shown God’s love, compassion and provision to these families.

Currently the requests to help with both immigrant and refugee families are declining. The first wave is coming to an end. The families are getting settled and will shortly complete language school and go forward from there.

However, I believe this is not the end, rather a beginning. We can expect many challenging times ahead. Looking toward the future, I see that we are on the edge of yet another confrontation with enemies on our norther border in Lebanon. So hold tight and link your arms with us in prayer as the next chapter unfolds and we cry out, “Yeshua, come.”

Blessings to you and your household from Harvest of Asher for a happy and healthy Feast of Trumpets/Rosh Hashanah.

What Will We Really Choose?

The Torah passage “Behold” (Re’eh) leads to some conclusions that are as relevant now as when they were first written:


The commandments of the Lord were never intended to bring us salvation. Salvation is God’s sovereign action based on His mercy and love for us. However, obedience is our appropriate response; and not only that, obeying God’s commands also determines the quality of our life. Living a life of habitually acting according to His commands puts us on a track of blessing. Today, some young adults seek extreme adrenaline sports, but as soon as a person gets older, he begins to appreciate a secure, orderly and peaceful existence. And this is achieved in God’s grace by simply doing what the Lord has commanded!

Keeping the commandments not only leads to blessings and success. It also protects us from witchcraft, heresies, and delusions. Let’s continue with Deuteronomy 13:1-3:

“If a prophet or a dreamer arises among you and presents you with a sign or a miracle, and the sign or miracle that he spoke to you comes to pass; and he says, ‘Let us go after other gods, which you do not know, and we will serve them,’ then listen not to the words of this prophet, or this dreamer; for by this the LORD your God is testing you…”

Constantly walking in the commandments of the Lord develops immunity against lies – even those of a “prophet or dreamer” who may seem genuinely anointed or attract lots of attention or assume a role of mediator in place of the Messiah. 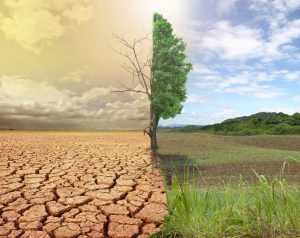 Our faith is not based on miracles. Even though miracles do occur, they are not the absolute indicator. Pharaoh’s magi also performed miracles. We are commanded to look directly to the Lord. If a miracle happens from the Lord, glorify Him; and if there is no miracle, obey and thank Him for the fact that He lives in our hearts and watches over us.

Moses warned us with the words, “the LORD your God is testing you.” Do not deviate into lies. Show faith and loyalty! Choose well!