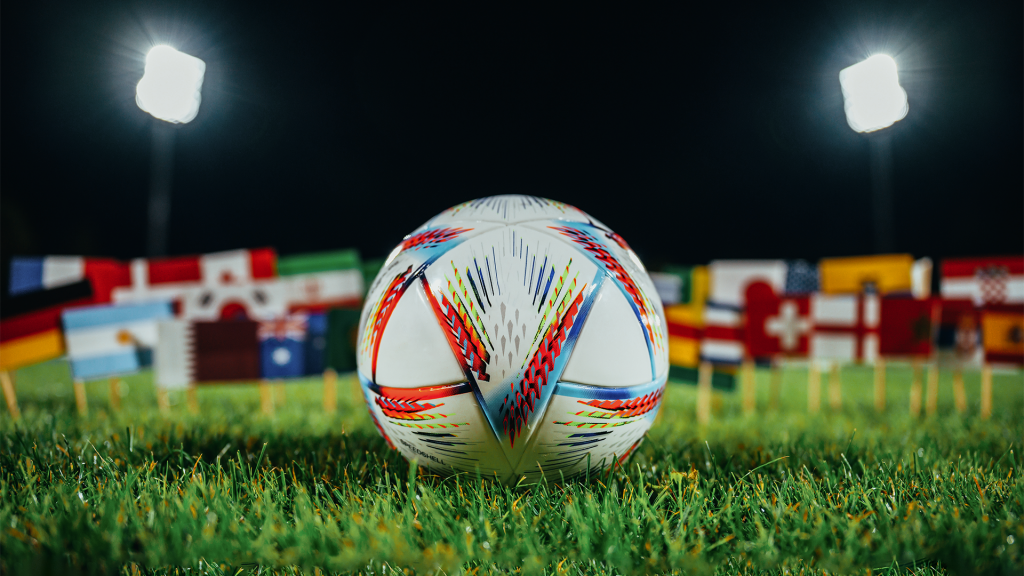 The World Cup competition in Qatar of the Persian Gulf is now drawing to a close. Soccer or “Cadur-regel” (in Hebrew) is the most popular sport in Israel. Kids and adults alike love to play a pick-up game anywhere possible – whether on grass or asphalt, hill or plain.

Soccer fans root for local Israeli teams with fierce loyalty. Wearing the “wrong” colors in some circles is reason enough for antagonistic behavior – particularly on important game days, and certainly when in attendance at the games themselves.

What is humorous and even the brunt of a currently-running comical commercial, is that while Israel adores soccer, our national team was only once good enough to qualify for the World Cup – in 1970. Local Israeli championship teams do occasionally play their European counterparts, and dozens of our best players have even been drafted to European soccer teams.

In the absence of Israeli representation in the World Cup, Israeli fans root for other countries associated with their heritage or language, or merely a team that captures their heart and attention. Walking in downtown Haifa the other night, after a surprising and exciting win by the Moroccan team, we passed a diverse group of students loudly and gleefully celebrating the Moroccan success. Many, including my family, favor the Brazilian team for the way they play with passion, grace, freedom and joy.

Following the World Cup together has been a pleasant and wholesome family activity for several weeks. As we have been watching, it has been fun to observe and identify national flavors and characteristics in the teams and fans. We enjoy the drama of it all, the fanfare, the emotion, and cultural expression that inevitably comes out in the way the teams play and the way the fans root for their teams – how they rejoice in their team’s successes and wins and how they grieve the errors and losses.

As we followed the progress of the tournament, the global relevance of the event really struck me. It has been particularly fascinating to watch how each country responds to our Israeli correspondents reporting on the games from Qatar. Before and after the Iran-USA game, some Iranian fans refused to speak to the Israeli reporters out of fear of reprisals for consorting with the enemy. Others spoke bravely, openly and amiably with the Israelis – expressing sadness over the animosity between the nations, and conveying hope that things may be different in the future.

Why does this international event garner so much passion and human interest? Perhaps because it connects us to insights that are much deeper than mere entertainment.

Here are five insights that link straight to eternity:

“Every athlete in training submits to strict discipline, in order to be crowned with a wreath that will not last; but we do it for one that will last forever. Therefore I do not run like someone running aimlessly…”  (I Corinthians 9:25-26)

“Brothers and sisters, I do not consider myself yet to have taken hold of it. But one thing I do: Forgetting what is behind and straining toward what is ahead, I press on toward the goal to win the prize for which God has called me heavenward in Christ Jesus.” (Philippians 3:13-14 NIV)

“Whatever you do, work at it with all your heart, as working for the Lord, not for human masters” (Colossians 3:23 NIV)

“For the creation waits with eager longing for the revealing of the children of God…” (Romans 8:19 NRSVUE)

For the final game of the World Cup on December 18, we opened our congregational coffee shop as an outreach for members and their friends to view the game together, including some of the young new immigrants whom we have been helping in recent months.

Join us in prayer for guidance as we continue to open our doors to the community. May a taste and smell of eternity fill our ministry center in a way that glorifies God and draws our neighbors to their Creator, the ultimate and victorious Winner!

[Disclaimer: This article does not represent a promotion of or a condoning of all aspects political and/or sociological regarding the World Cup.]

of the Patriarchs (Rebecca, Leah, and Rachel) be Granted Citizenship Under Israel’s New Government? 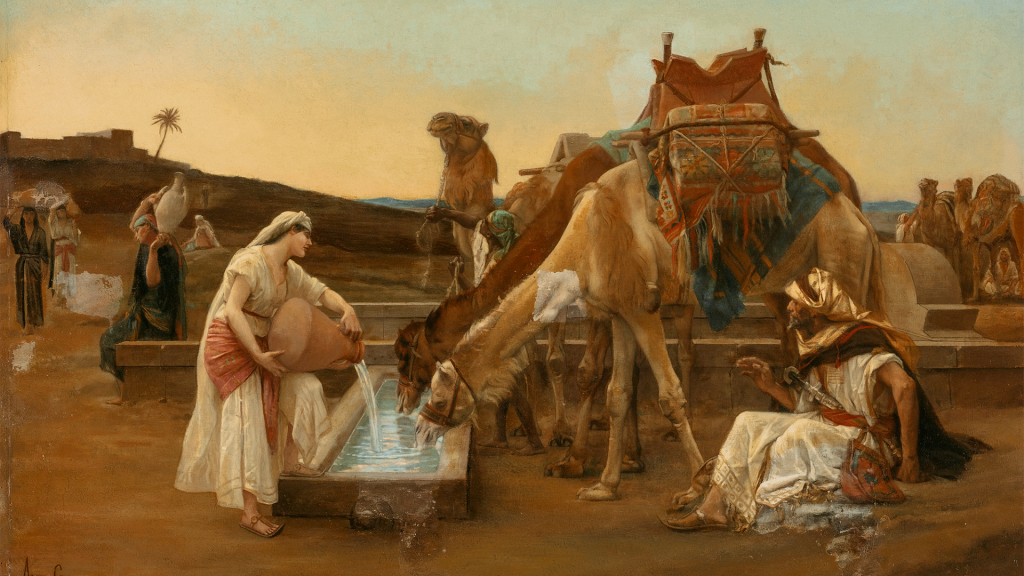 Thank you so much for standing with us in prayer and support! Together we serve in proclaiming Yeshua the Messiah in Israel!

As most of you know, a new government led by Benjamin Netanyahu is in the process of being formed. Most of the political parties that have aligned with him are Orthodox. Among their coalition demands, is a change to the “Law of Return.” This law allows Jews from other countries to obtain citizenship in the State of Israel. This law also allows people who have even one Jewish grandparent to receive citizenship. These parties want to change the law in order to prevent assimilated descendants of Jews from moving to Israel.

In light of this, I want to share an interpretation from Genesis 24:

Abraham insisted that Isaac not marry a woman from the daughters of the Canaanites, among whom he dwelled. He sent his servant, Eliezer, back to his home country to find a wife for his son.

“And the servant said to him, ‘Perhaps the woman will not be willing to follow me to this land. Must I take your son back to the land from which you came?’

It is easy to understand the reason for Abraham’s request. First, among the Canaanites there was a curse of sin and moral baseness. There was no chance to find an appropriate wife in Canaan for Isaac through whom the Creator could bring salvation for the whole world.

Second, there was a potential bride for Isaac in Abraham’s former homeland, but if Isaac had to go back and live there in order to marry her, he would lose his calling and would not be able to fulfill his role in God’s greater plan.

Was Rebecca Jewish? No. She was Aramean, a resident of Haran. In the next generation, Rachel and Leah, the daughters of Rebecca’s brother, Laban, were also Aramean. We also know the stories of Rahab and Ruth, women from other nations who joined themselves to Israel. Each desired to join the Abrahamic family of faith, and even became a part of the human ancestry of Yeshua, the Son of David. Each of these women left behind their cultures and lifestyles “to bring the Kingdom of Heaven down to earth.” Well, they succeeded!

And today, the Orthodox parties, which know and understand the Torah, want to turn away children and grandchildren with patrilineal Jewish ancestry – when our patriarchs took non-Jewish women as wives!

I am sharing this to encourage you to pray for God’s will to be done and for the door to remain open for those returning to Israel. And may the thousands who wish to enter the heritage of the physical children of Abraham be allowed to serve for the glory of the Lord.

A new government coalition is being formed yet again in Israel. As I witness the various religious political parties taking their places and volleying for leading positions in the government, I am reminded of Paul of Tarsus.

The Apostle Paul, before his transformation on the road to Damascus; was known for his hatred of the believers in Yeshua. He pursued them with great religious zeal, determined to stop, stamp out and even kill anyone he perceived as against the Torah. He saw the Torah as an axe of judgement against heresy. Any beliefs that varied from its teachings, as he understood them, were to him a falsehood to be excised. The Gospel of Yeshua as atoning Messiah was initially tantamount to idolatry in Paul’s eyes.

When I first learned about Paul in the New Testament, I saw an ultra-Orthodox fanatic with a religious spirit. This approach is still to be found in streams of Israel’s Orthodox Judaism today.

Paul, who was a Pharisee, saw himself as the extended arm of the Jewish traditional establishment. He saw himself as fighting a holy war. The approach taken by Orthodox Jews of today, in particular those entering government positions, is all too similar to that of the Sadducees and Pharisees of Yeshua’s time.

What I sense as I listen to the Jewish religious leaders and politicians, is that they want to bring into all areas of society that same authority which they had in Yeshua’s day. They have accomplished this accusing and questioning others’ lifestyle and belief systems here in Israel, such as questioning the legitimacy of others’ Jewishness. They also see believers in Yeshua as heretics. I see them when I look at Paul; seeking to ascribe to themselves divine legitimization. 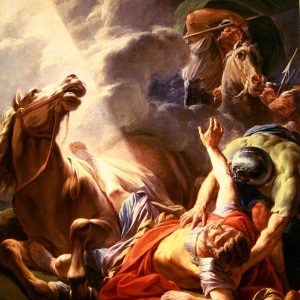 How did the First Century Messianic congregation in Damascus feel knowing that this man Paul was on his way to persecute them? Probably fear and worry. Their very existence was threatened as they faced potential death.

This is exactly the same spirit that I see the religious bringing to Israel’s Knesset (Legislative Body). There are many potential “Pauls” among those elected. Please pray with us that the spirit of destruction against believers in Yeshua will be stopped by God as He meets these “Pauls” on their way to persecuting Yeshua and his believers.

As it was with Paul, may their zeal for our destruction be turned into passion for Yeshua.  Let us not forget that we have been saved by grace. Freely we have received, freely we should give (Matthew 10:8). And so, will you take a stand in faith together with us? And believe together for “Damascus Road” experiences for these religious/political leaders in Israel?