Comfortable to Thrive in Our Soil 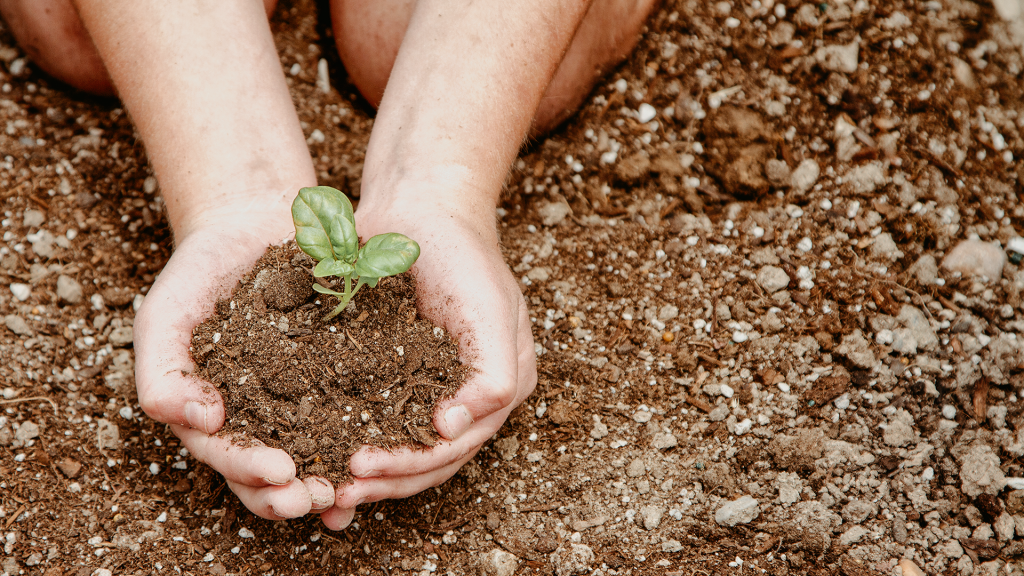 In the dry weeks following Passover, bristly hollyhocks suddenly appear across the landscape of Israel, thrusting skyward out of the rocky soil, often growing to the height of a man. Like accidental bouquets, clusters of bright pink blossoms are arrayed along the length of its slender stalk. Hollyhocks are a surprisingly elegant looking flower for the harsh terrain in which they grow.

At the top of the flower’s long stem grows a schizocarpi “mother” pod containing seedpods that will dry up at the end of the growth season. The dried seeds scatter in the hot wind of the late summer and are then watered in the winter rains before the next spring.

In recent years, this native Mediterranean wildflower has also been sown intentionally along highways and highway medians in northern Israel. Organic, “grass-roots” landscaping like this is one of my favorite things about Israeli aesthetics. In landscaping trends, there are those who prefer the ultra-manicured look, while others lean towards a wilder, more natural style. Both can be very attractive, but in this case, I prefer the wildflowers. When considering landscaping resources, choosing plants that naturally thrive in the local climate and soil, is smart. 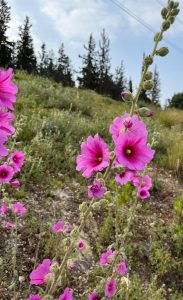 Compared to the obedient impressiveness of manicured flowerbeds, wildflowers are so casually and surprisingly beautiful, popping up in random and often not ideal spots. Like the Bristly Hollyhock, they just bloom where they land.

These striking pink beauties are so much taller than the plants around them – quite a contrast to the many delicate wildflowers that one hardly notices because they don’t stand out at all. People can be like that too. Some stand out and some do not. Yet, each person is fearfully and wonderfully made. God knitted each of us together in our mother’s womb. He planted each of us in unique God-ordained soil of our own.

Human beings have always compared themselves to one another. The first murder in history happened because one man compared himself to his brother, and wasn’t happy with the comparison. Today our society still wrestles with the same plague of juxtaposition. We often feel compelled to compare ourselves those around us. Yet, just as each flower has its own unique traits and environmental needs, so do we.

These days, the presence of social media further encourages a culture of perpetual self-estimation through the mirror of other people’s reactions and posts. However, the truth is we are only able to shine in our God-given beauty from where we are rooted. Our life circumstances, the family we were born into, our body, the color of our skin, all form the soil from which we then bear fruit. Ultimately, we determine whether or not to bloom where we are planted.

Social media touches on more than our own perceptions of self; it feeds our choices and preferences of community and our affiliations. With live-screened services and online resources available at a click, one’s spiritual nourishment may be out-sourced remotely from a vast number of spiritual families. While new and different spiritual food can be healthy and energizing from time to time, comparing spiritual communities can be destructive – uprooting us, literally or inwardly, from our God-given soil.

Modern society, and perhaps our human nature, encourages us to seek the best, to detect and point out problems for the purpose of fixing or improving them, and in general to go for the highest common denominator. This is true about the food we eat, the spouses we choose, the living conditions we arrange for ourselves, and the list goes on.

The problem with comparison is that it has the potential to poison our roots while spreading toxic discontent to our alliances.

In contrast, God calls us to foster an environment, a “soil,” where each of us can become the best “versions” of ourselves, blooming as He intended. Rather than comparing ourselves to others, we should seek to enrich and enhance our surrounding habitat so that each brilliant “flower” compliments the other.

“…the Lord will continually guide you,
And satisfy your soul in scorched and dry places,
Giving strength to your bones;

And your people will rebuild the ancient ruins;
You will raise up and restore the age-old foundations…” (Isaiah 58:11-12)

Will You Dream With Joseph? 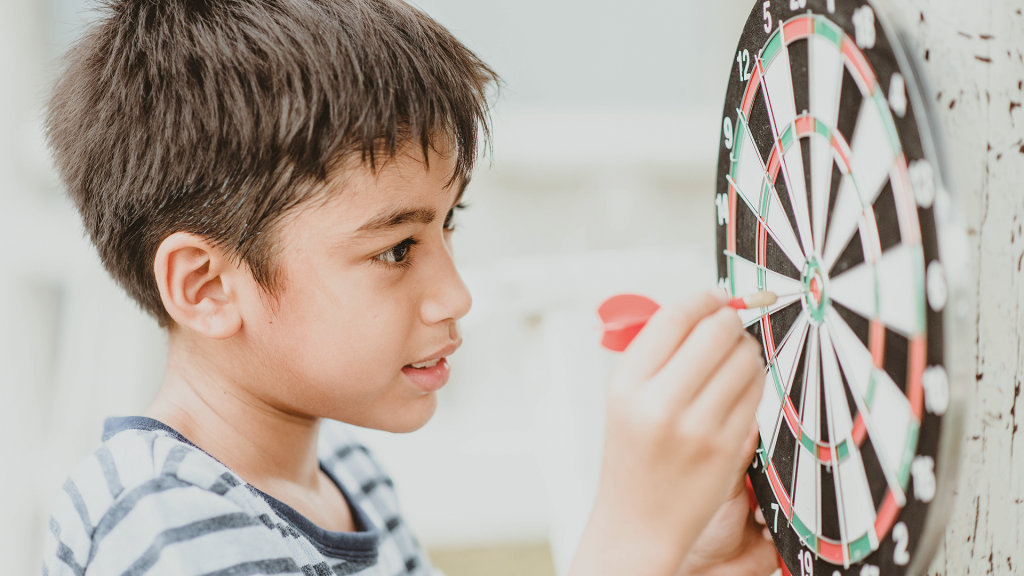 Jacob worked fourteen years to marry his beloved Rachel. Then for many years of their marriage, she was barren. Rachel at last gave birth to a son, Joseph, and he became Jacob’s favored child.

When Joseph began receiving prophetic dreams about having authority over his brothers, and rashly told his family, you can imagine that they were less than thrilled. His brothers were already jealous and his arrogant attitude angered them even more. His father also became angry and yet “kept the matter” in his heart, wondering what Joseph’s dreams might portend (Genesis 37:11).

If a dream or vision is truly from God, it will eventually come to pass, even though God will often allow other things to occur in the meantime.  In Proverbs 29:18 we are told that we need vision to maintain restraint, not to “go crazy” as it reads in modern Hebrew. God sends dreams and visions in various forms and through various people and circumstances – especially through divine revelation of God’s Word. Dreams and visions are not limited to a selected few. They are meant to guide and direct us to God’s plan and purpose.

We as believers need a vision, a direction, and a higher purpose for our ourselves and those around us. We see in Philippians 3:14 how even through trials, we are called to press forward toward the vision and high calling. The first century believers lived under the oppressive rule of Rome. Despite these conditions, they were able to keep their eyes on Yeshua because they held fast to the promises that He had given them.

What are the dreams and visions we have received from God and how can we operate in accordance within the framework of our daily lives? We are called to be doers of the Word, to bring change to our society. We must remain alert and ready because the enemy will try to take our focus from God’s purpose. Put aside distractions and run toward the prize!

Back to Joseph, the beloved son. Like him, we are also dearly beloved. However, unlike young Joseph we should always act in humility, led by the Holy Spirit. Also, be careful not to prophesy out of personal thoughts and desires, but through the leading of the Holy Spirit and the Word of God (Jeremiah 23:16). God will guide us through His Word, and through visions and dreams. Don’t be discouraged or confused when God shows you something and time goes by without it coming to pass. Hold it close to your heart. Be patient and faithful, and the day will come when the words you received will become a reality.

God has so much that he wants to share with each of us! So let’s move forward with hearts totally submitted to His guidance and with these encouraging verses in mind:

“For I know the thoughts that I think about you, says the Lord, thoughts of peace and not of evil, to give you a future and a hope.” (Jeremiah 29:11)

“Press toward the goal for the prize of the upward call of God in Messiah Yeshua.” (Philippians 3:14)

The Wave of Refugees has Begun! 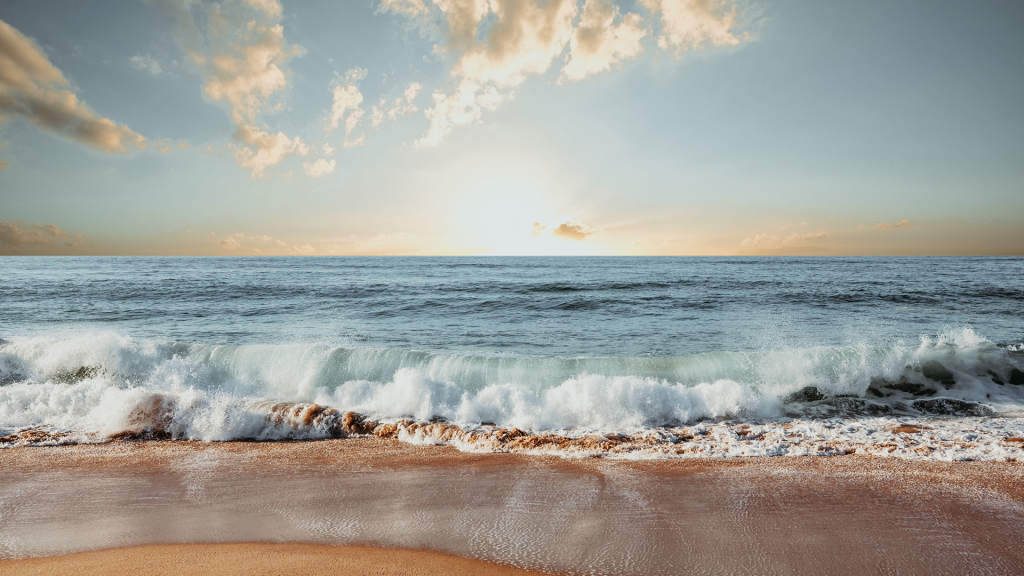 The whole world is focused on the situation between Ukraine and Russia, where both good and evil spiritual forces are active and giving rise to a flood of refugees. Among them, many are returning to Israel, bringing to mind this prophecy: “…For I will RESTORE them TO THE LAND I gave their ancestors. But now I will send for many fishermen, declares the Lord, and they will catch them. After that I will send for many hunters, and they will hunt them down on every mountain and hill…” (Jeremiah 16:15-16 NIV)

Thirty years ago, when the Soviet Union fell, there was a big wave of Aliya as Jews were at last able to leave the former USSR and come to Israel. Everyone said it was the time of “fishermen.” And many believers (like fishermen), traveled around the former Soviet countries seeking out and encouraging Jews to return to the land of their fathers. Today, due to the war, in Europe there are already 4.5 million refugees from Ukraine. It is estimated that over 200,000 Ukrainians are Jewish or have Jewish ancestry and can (AND SHOULD!) come to Israel. We can see that many are already “running from the hunters” – fleeing from devastation and death.

This influx of people seeking refuge in Israel has greatly affected us here at Shavei Tzion. For many years we encouraged people to return to Israel (our very name means Return to Zion!). Up until now, immigration was in slow mode – most weeks we would help 2 to 4 families. In the last month at least 15 families a week knock on our doors, and we are getting non-stop phone calls regarding more who are on their way. We must enter the mode of intense mass Aliya.

So now we are gearing up to assist many. This means updating our stock of essential household goods (bedding, blankets, kitchen utensils, etc). We are also recruiting additional volunteers. We want to see how our people serve, not only in practical ways, but also how they shine with the Light of the Lord.

I want to recruit you as well. Partner with us on this project! Our goal in 2022 is to release $50,000-100,000 worth of assistance for new olim/refugees. To give, please go to  www.ritg.org/shaveitzion

This “exodus” from Ukraine is reminiscent of the one from Egypt. God allowed us to be born for these days and it is important to fulfill OUR ROLE in His great plan.

I want to end with these ancient prophetic words which are still so true today:  “And you will again see the distinction between the righteous and the wicked, between those who serve God and those who do not.” (Malachi 3:18 NIV)

Testimonies from those we have been blessed to help:

One refugee who left Ukraine with hardly more than a change of clothes thanked us in this way: “…I needed practically everything; the help was very important for me. Thanks to the humanitarian warehouse at Return to Zion. But also important were the kind words and the warm attitude of the hearts that I met here. Moved to tears, thank you!”

Another said: “We came from Ukraine. Return to Zion helped us with what they had. Wonderful friendly people who responded and helped us. Thank you very much! Having arrived from the war in Ukraine, this was very important, since a lot [of our possessions] had to be left there. Thanks to those who help and donate towards this project!”