At Ease? Wake Up! 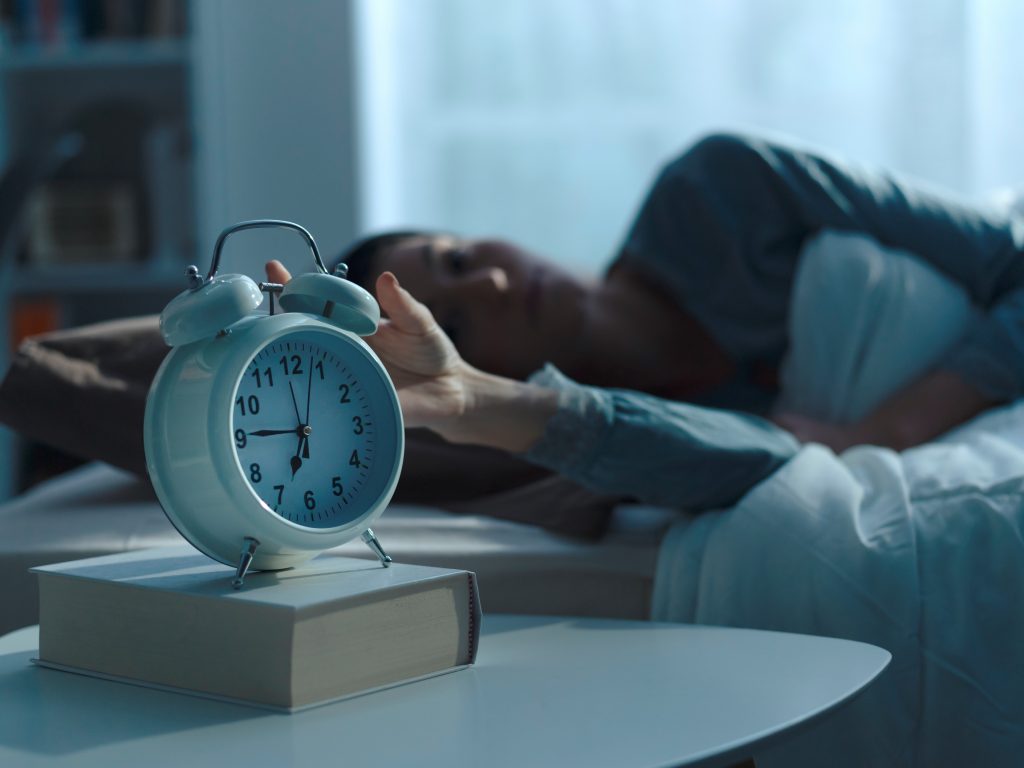 I don’t think God’s fooling around. Could it be that a plague blankets the world, yet has no spiritual, biblical meaning? I don’t think so. It looks to me like He wants to take advantage of this virus to get our attention. It’s as if the Lord is saying “OK. All bets are off. Listen to me, my children, I’m talking to you.”

And, as if the pandemic isn’t enough, riots have broken out in the most prosperous country in all history, the USA. I’m in no way justifying lawlessness, but this upheaval points to real anguish experienced by African Americans—racism that has not disappeared through legislation or social action.

And though it may seem far away for some, Exodus-level clouds of locusts have devastated immense areas of Kenya, Uganda, South Sudan, Ethiopia, Somalia, Eritrea, Djibouti Sudan, India, and Pakistan. It is greatly distressing to watch footage of people desperately trying to protect their fields from the all-consuming insects. This, another form of plague, has left millions exposed to extreme poverty and in danger of starvation.

The opening verses from Amos the prophet cause me to make a disturbing comparison with my own relative comfort. Sure, the corona-virus has caused some personal inconvenience. But that’s nothing compared to the nearly ¼ of our working population who are unemployed in Israel. There are families who don’t know how they’ll pay their rent. Yes, I am “at ease in Zion.” When God says “Woe,” I know He wants me to wake up and look beyond my own circumstances.

I’ve never been too big on the “doomsday” view of world events. But when the Almighty warns me not to ignore (in Hebrew: dismiss, put far off) the “day of doom,” it’s time for me to take another look at the Bible’s perspective on the end of the world (as we know it).

One glance at the Book of Revelation and there’s no doubt. Up ahead there are calamities and judgments that will make the current plagues look mild. How can I respond to today’s new reality and prepare for tomorrow’s intensified trials?

Here, Yeshua’s exhortation to the congregation at Sardis rings clear, true, and relevant. “Wake up, and strengthen the things that remain, which were about to die; for I have not found your deeds completed in the sight of My God” (Revelation 3:2). Three actions are indicated.

The Void in Our Hearts 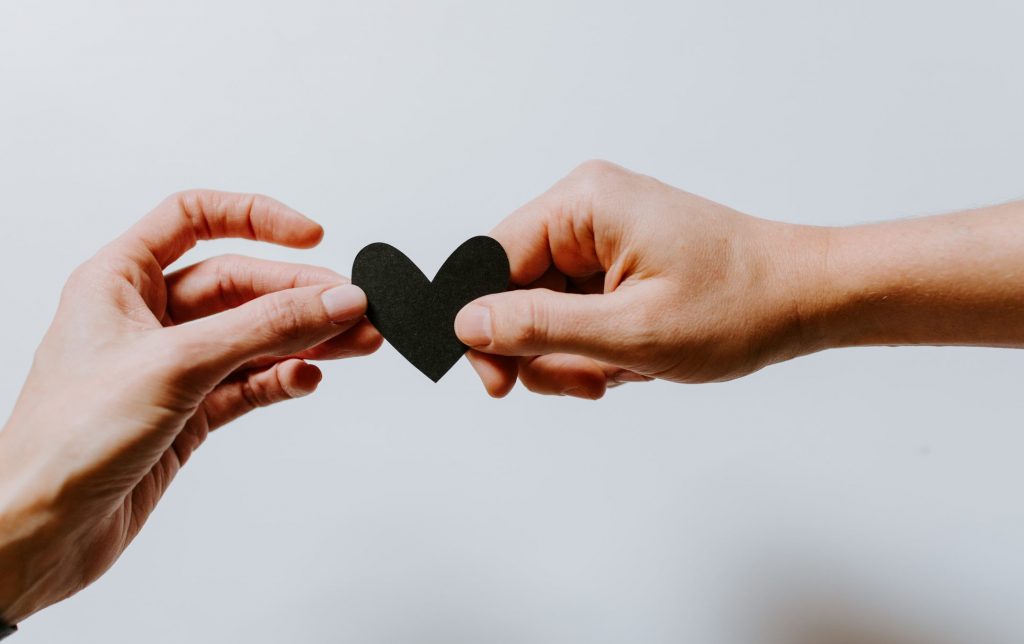 When the Lord began to speak through Hosea, the Lord said to him:

“Go, take yourself a wife of harlotry and children of harlotry, for the land has committed great harlotry by departing from the Lord” (Hosea 1:2).

Hosea was a man after God’s heart, and it’s hard to understand why a man with a heart after God was told by God to take a prostitute as his wife!

In ancient Hebrew, the meaning of the word harlot (zonah) also means a wife who is not satisfied with her husband and seeks other men. It becomes a part of her personality. Even though she loved Hosea, his wife felt as though she needed more. She was trying to fill a void. In Hosea 3:1, God tells him to love this unfaithful wife just as He loves the children of Israel who turn to other gods.

Despite the fact that Israel throughout history has refused to repent for serving other gods and regularly backslides, we see God’s continuing love for Israel, His beloved. Though they are joined through an everlasting covenant, there are still consequences for Israel’s unfaithfulness. Even so, God says He will not forget them and He will protect them. In the end they will return to Him and to their homes (Hosea 11).

Israel, even today, can be compared to Hosea’s wife. There is a similar emptiness of heart toward God, and a seeking after other things. Turning our backs to God comes from lack of trust, lack of love and lack of confidence in Him. Spiritual adultery = idolatry.

During the days of Hosea, the nations surrounding Israel were the Canaanites and Philistines, on the South, Egypt and the North, Assyria. The Israelites at times embraced the gods of their neighbors. However, the God of Abraham, Isaac and Jacob wants our whole heart. Yeshua, while on the cross said, “Father, forgive them, for they do not know what they do” (Luke 23:34). Modern Israel is drawn to the same adultery of the heart. We as believers must embrace what Yeshua said, praying for forgiveness because they do not understand that they are far away from Him, attempting to fill the void in any way they can, except by drawing closer to Him. – Guy Cohen 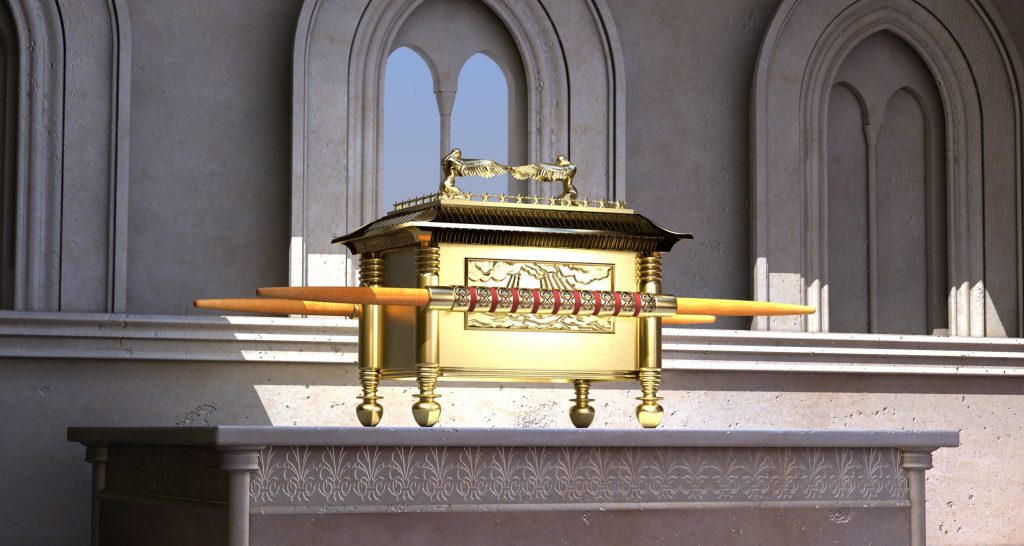 Guidance for a New Way

Greetings in the name of our Messiah. It is wonderful to know that you are praying for us, as we are also praying for you. It is a joy to have you as our partners in the ministry.

Around the globe we are all experiencing a new place, a new way. Something similar happened when the sons of Israel entered the Promised Land after 40 years in the wilderness. In spite of their rebellion, God guided them in the way they should go, following the ark and the priests:

“When you see the ark of the covenant of the Lord your God, and the priests, the Levites, bearing it, then you shall set out from your place and go after it … that you may know the way by which you must go, for you have not passed this way before” (Joshua 3:3-4).

Today God is renewing the way for us, saying, “Seek the way. Become the priesthood, so that you will not be the blind leading the blind.” How do we do it? Verse 3 tells us: by carrying the Ark, the presence of God. “Draw near to God and He will draw near to you.” Everyone needs an answer. Regardless of place or culture, the answer is Yeshua. Peace and healing are in Him. These are days of new opportunities—of God giving nations a chance to reconcile with Him! And these days are challenging us to abide in Him, to be bearers of His presence.

After some slightly “epic” theological thoughts, we will dive into a few practical issues :). 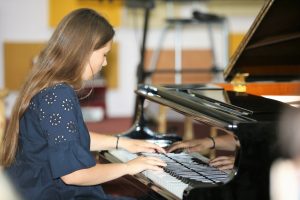 We have resumed the work of our Music and Art School, with our vision to identify and release the gifts and talents of children and to foster them through music and arts. And furthermore, to reach out to new immigrant children returning to Israel!

80% of our students have returned to classes—about 135 persons. The others are not able to return, as their parents cannot afford the much-needed education that we are offering their children to keep them away from the streets and to occupy them usefully in a safe environment. 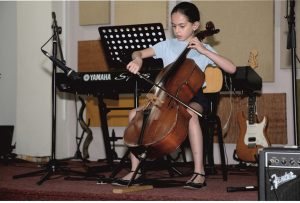 We have long planned to launch the program called “foster a student.” This is a wonderful chance to offer a talented child a sound education in music and art and to show them the love of Yeshua. Do not miss this opportunity to partner in the spiritual restoration of Israel and its upcoming generation. You can make a lasting difference in the future of Israel.

We count on your prayer support and offerings to enable us to continue and even expand our present ministry. We thank the Lord that you have partnered with us in reaching the people of Israel, in the Land of Israel with the message of Messiah.

Please pray also for our congregants and those we reach out to, for “victory over fear.” Many are anxious about the consequences of the Coronavirus on the economy. But the Holy Spirit gives victory when we pray!

May mercy and peace be upon you from our Heavenly Father and Our mutual Savior, Yeshua.

We love you!
Leon and Nina Mazin

How Can We Help Grow God’s Kingdom? 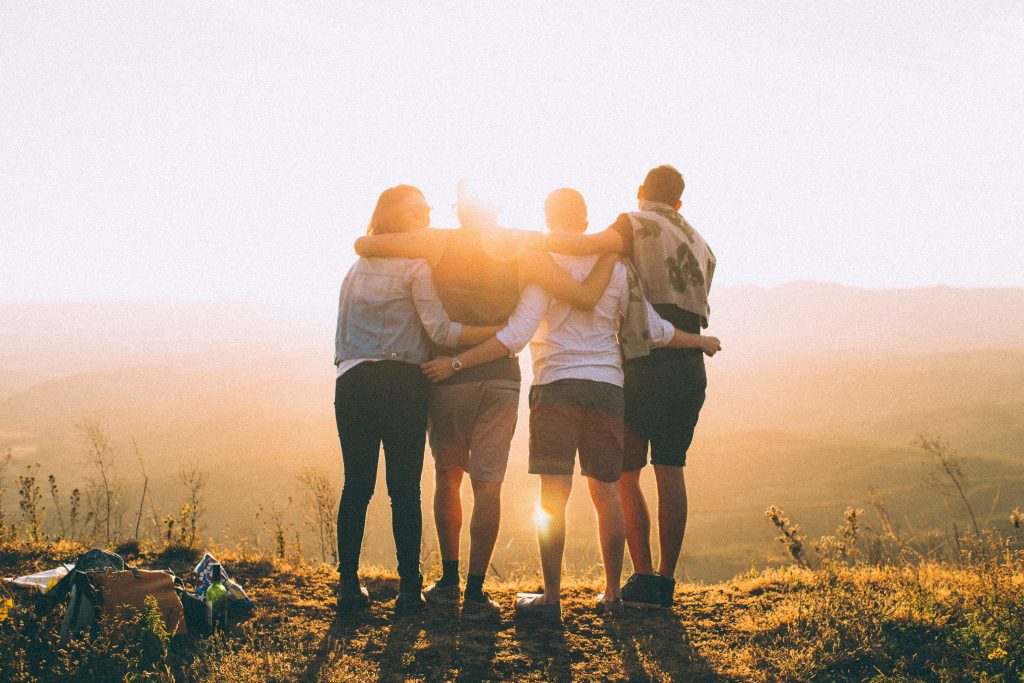 The world around us is collapsing in many ways. Though it seems like it will last forever, we know this world is temporal and the real reality lies in the Kingdom of Heaven.

Yeshua teaches on many aspects of the Kingdom of Heaven. Let’s focus on two parables that each illustrate a different detail but are also connected.

“He presented to them another parable, saying, ‘The kingdom of heaven is like a mustard seed, which a man took and planted in his field. It’s the smallest of all seeds; yet when it’s full grown, it’s greater than the other herbs. It becomes like a tree, so that the birds of the air come and nest in its branches.’” (Matthew 13:31-33)

The particular characteristic of the kingdom that Yeshua focused on is its growth pattern. It begins as something quite small but expands and grows into something very large. Today we read in the news about the way the coronavirus spreads exponentially. One sick person infects 2-3 people. Each of those infect another 2-3 and so on. From one sick person we can see hundreds and even thousands of sick people in a very short time. This is the type of exponential growth we’re talking about.

Once we understand this characteristic of the kingdom then the logic next question is – how does it expand? This brings us to the second parable – The Parable of the Talents that we find in Matthew 25:14-30. I recommend you read the whole parable.

“[The Kingdom of Heaven] is like a man about to go on a journey. He called his own servants and handed over his possessions to them. To one he gave five talents, to another two, and to another one, each according to his own ability. Then he went on his journey.”

Normally we think about our relationship with God as father and sons and daughters. The focus of that relationship is on God’s love and mercy in our lives. Understanding this aspect is of course quite important. But in this parable Yeshua taught about another aspect of the kingdom – the relationship between master and servants. In this parable the master gave talents (silver coins) to three servants and it’s important to note that he did this not for their personal use but rather as an investment of his resources. That means he expected to gain a profit from his investment. We read that he gave a different amount to each one according to their ability.

The next question: if we understand that God invests in us, then what are we supposed to invest in? The answer is simple: invest in people. We see, for example, in politics how people want to have influence and they argue over positions and offices. The titles we achieve will not remain. Our investment in temporal things does not last. The only thing that lasts in God’s creation is people.

We must note that God does not need us. He can work in any way He chooses. The point is that He wants to use us. He has given us abilities, gifts of the Spirit, placed us in certain circumstances in life, etc. He has done so not just as a personal blessing, but rather so that we will take His investment in us and in turn invest in others! We need to understand that God expects and even requires that we use our abilities and gifts in order to invest in others. Let’s participate in God expanding His Kingdom. – Yonatan