Beacons of Hope and Help 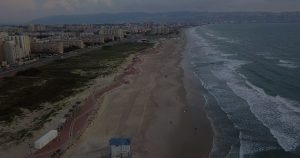 “In Hebrew it means city by the sea. It’s just a humble town on the Mediterranean coast of Israel, part of a group of towns called the Krayot. It’s probably not what comes to mind when you think about Israel.”

The sentence above opens the new video we recently made about the work here at Tents of Mercy in the city of Kiryat Yam. We have had a heart and vision for our city for the last 20 plus years. It’s been a roller coaster of a journey but one that always caused us to look up and thank God.

Soon after our work was planted here, our small facility was fire bombed. God’s miraculous hand moved us to our current building which is five times bigger and which houses our outreaches today. At times we have been ridiculed, rejected and badmouthed, but we are still here as a beacon of hope and help in our city of Kiryat Yam.

In Jeremiah’s words, from chapter 29:7 “And seek the peace of the city…and pray to the Lord for it; for in its peace you will have peace.” For us, Kiryat Yam is that city. So how does one seek peace for the city? 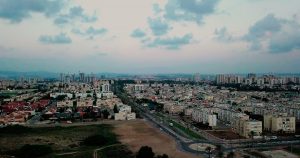 Well, we have done so primarily by reaching out through humanitarian aid work, focusing on benefiting the most disadvantaged of our city. The initial rejection by the city municipality when we began, has been transformed into a close working relationship with the welfare department and mayor’s office. We honor God for His grace and provision in this.

However, just recently as I was preparing to give a message to our community on the day of Shavuot (Pentecost), I heard a whisper in my spirit reminding us that “We not only seek the peace of our city through works but we also minister the Word of God.”

Yeshua in His departing words exhorted us to be strengthened by His Spirit to be His Witnesses, ministering to people by His Words in our mouth. Shavuot is a reminder to be empowered to serve His Word. In the disciples’ case this came as a mighty rushing wind and swept the city, saving thousands at one time. In our case it’s coming through a slow drip-by-drop – soaking the dry soil of our city in preparation to receive the seed of the Word of Life.

“And we have such trust through Messiah toward God. Not that we are sufficient of ourselves to think of anything as being from ourselves, but our sufficiency is from God, who also made us sufficient as ministers of the new covenant, not of the letter but of the Spirit; for the letter kills, but the Spirit gives life” (II Corinthians 3: 4-6).

Interestingly, in Jewish tradition Shavuot is a celebration of the Giving of the Torah at Mount Sinai, and for us it is a celebration of the Giving of the Spirit. We just read that the Word cannot give life without the Spirit. As such, in the strength of the Spirit we are ministering His Word and Testimony to our city. It would be great there was a repeat of what happened on the day Peter gave witness in front of 3,000 people in Acts and they responded with repentance. But I believe for us it is happening by contending for power from the Spirit and speaking the words of hope and help that come from heaven.

Shortly before Shavuot a call came from the mayor’s office inviting me to do a city-wide tour with the local officials. I accepted and was able to admire and see the heart of the mayor and staff for our city. I was able to hear the vision and hope that they have for the city. I was the only one invited to this private tour. So I asked why it was so and what did they expect from us? The answer was, “We want you to know because you have a heart for our city and your community/organization is a positive force in this town.”

I believe God has laid in all of our hands keys that will bring hope and help for our cities and its surroundings. He expects us to believe and act on it. In that we will find our own peace as well!

May God empower us by His Spirit to continue seeking that His Kingdom peace may sweep through our cities! – Avi Tekle

A Testimony Out of Domestic Violence

Dear friends, thank you for joining us in prayer for people’s lives to be changed. 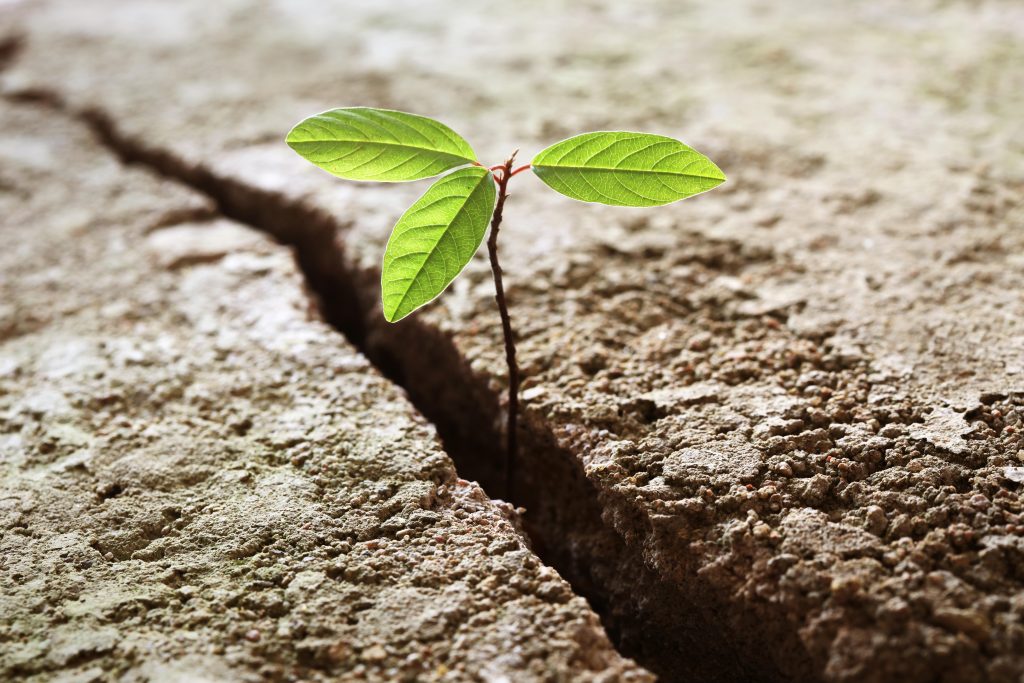 We met Anne through her gifted daughter, a student in our Music and Art School. She had recently immigrated to Israel with her husband and two teenage children. Immigrating to a new country is always a challenge. Some can be tormented by nostalgia, others cannot reconcile cultural or social differences and so on. Anne knew her husband’s work as a military officer before moving to Israel had turned him into a hard man. Unfortunately, due to the difficulties that began after immigrating to Israel, he began to drink and it made him aggressive. At first, he just threatened and threw insults. Anne was determined to endure this to keep her family together. She tolerated it, but she was looking for help.

She decided to join the “Aleph” Club session in the autumn of 2018. While she was attending together with her daughter she was blown away by the positive atmosphere and support. At these meetings, she learned that the Bible is not as distant as it had seemed and speaks not only of heaven and saints, but also of ordinary people and everyday life issues, just like Anne’s. This helped her to not give up and to maintain the relations in her family, which were very strained at that time.

An Evening of Trauma

Then the last day of the “Aleph” Club came. On that day the participants went for a picnic by the Sea of Galilee, and a few people were baptized. It was a beautiful day: a Sabbath in nature, with prayers and songs about the God of Israel, and sweet fellowship.

Anne and her daughter returned home late that evening. She does not want to recall what happened afterwards. The neighbors heard loud screams and called the police. Then there was the hospital and doctors. Anne and her daughter suffered from concussions and other injuries from the beatings. Then came a conversation with social services and a statement to the police, after which her husband was put in jail for domestic violence. On that terrible night, Anne called and asked for prayer and support.

With her husband gone, Anne was the only one paying for childcare and housing. She had to work many extra hours and had hardly any spare time. Anne couldn’t get to the doctor when she was sick and went to work even when ill.

An Evening of Healing

Sometime after this calamity, we organized a prophetic evening that Anne decided to attend even though she was busy. The evening was held with the help of a group of prophetic friends from Germany.

The group from Germany invited everyone to try to practice hearing prophetically, in pairs. We asked everyone to think about the person they were sitting with and to ask God to reveal to them which biblical hero their partner resembles.

When it was time to share impressions, Anne’s partner shared a single word of knowledge: “Abigail!”

Anne had to admit that she had begun reading the Bible only recently, and did not yet know who Abigail was. Then Shira sat down with Anne side by side and told her the story from 1 Samuel 25:3,

“His name was Nabal [fool] and his wife’s name was Abigail. She was an intelligent and beautiful woman, but her husband was surly and mean in his dealings…”

Anne suddenly had tears in her eyes, because the story of Abigail was indeed a story about her! Through the story of Abigail, she realized that God sees her and that He has not forgotten her but continues and will continue to take care of her every day, forever. Anne is currently doing a lot better and regularly attends the congregation.

As believers, we can say that not a single day passes without us seeing the hand of the Almighty at work. To see His works we only have to open our heart and mind toward Him.

That being said, prayer is one of the most important weapons with which God has entrusted us. We invite all of you to join us in prayer for God to work through the Return to Zion ministries, including the “Aleph” Club. This project is a result of teamwork, with the purpose of building the Kingdom of Adonai, the Lord and showing the love of Yeshua to the world through our simple, everyday lives.

The Galilee Experience, opened in 1991, is a tourist attraction on the Sea of Galilee waterfront in Tiberias, presenting the history of the Galilee and of THE Galilean, using multiple digital video projectors.  The audiovisual show has been seen by hundreds of thousands of visitors.

A major consideration of the founders, creators and investors of the project was to emphasize the life, ministry and claims of Yeshua—the most famous person in the history of the Galilee.  He is, in fact, the most famous person in the history of the whole world! Because the Galilee Experience theater is in a very strategic public place, and because the show is an engaging media production, many non-believing Israelis have also come to see the show in addition to tourists from abroad. Tens of thousands of Jewish Israelis have bought tickets and actually paid to hear the Gospel, presented in a very Jewish, Israeli way in the context of their own history!!! This is one of the creative means God gives His people to share the Good News in the land.

We don’t know how many Israelis’ lives have been affected by hearing the Gospel in this way, but we do know that two of the non-believing Israelis who saw the show, later became believers and are now congregational leaders in the Land. One of them is Avi Tekle, pastor of Tents of Mercy Congregation and son-in-law of Eitan Shishkoff.

The creator and founder of the Galilee Experience, Eric Morey, is also the founding elder of Poriya Congregation, one of the Tents of Mercy affiliate congregations. Poriya means “fruitful.” It is also the name of the village in which the congregation meets, overlooking the Sea of Galilee.

In 1999 the Galilee Experience branched out into an additional means of getting the Messianic message out when it began to produce Hebraic Roots calendars with explanatory tools for Christians and Messianic Believers. Their latest calendar uses the artwork of Connie Kind Shishkoff.