A Conversation with I AM 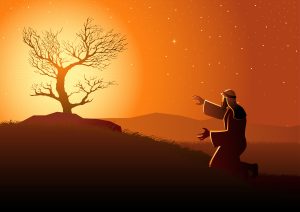 It’s only a conversation. But the immortal dialogue between God and Moses in Exodus 3 alters history and reveals an over-looked facet of the Almighty. From a blazing fire comes a voice. That voice comes from an intelligent Being. That Being is interacting with a human, conversationally!

When the LORD saw that he turned aside to see, God called to him out of the bush, “Moses, Moses!”

Then He said, “Do not come near; take your sandals off your feet, for the place on which you are standing is holy ground.” And he said, “I am the God of your father, the God of Abraham, the God of Isaac, and the God of Jacob.” And Moses hid his face, for he was afraid to look at God (Exodus 3:4-6).

God is stepping out of Eternity into Time, as an Actor/Participant. This is reflected in the action words ascribed to God in the original text (my emphasis):  Saw, called, said, am! As if to underscore his “being,” in verse 6 God uses an archaic Hebrew word אנכי. This form of “I” is declarative.  It emphasizes personhood, not just existence.”

Their conversation is not just about God getting the attention of an 80 year old shepherd who tried to free his people from slavery and is now receiving that same assignment from the only One who can truly free them. This conversation is a new level of God revealing Himself. “I see. I hear. I am involved. I am not a vague, amorphous deity in the distant heavens, far removed from human life.”

God says: “I’ve seen the oppression of my people…and have heard their cry, because of their taskmasters, and I know their sorrows. So I’ve come down to deliver them out of the hand of the Egyptians, and to bring them up from that land to a good and large land, to a land flowing with milk and honey…” (Exodus 3:7-8).

All of these are words of activity. Someone must “do” them. What I love here is not only that God is involved, but that He IS (although it’s awkward to ascribe the term to the Eternal Author of the universe)… He is a Person.

After God informs Moses that He’s going to send him to free the Israelites from their miserable slavery, the shell-shocked fellow asks a desperate question.

Moses:  And who am I that I should do this?

God:  I’ll be totally with you.

Moses: Ooof. Lord, you didn’t even answer the question. Or did you?

Moses:  So, when I come to my people to announce this exodus, whom shall I say sent me?”

In other words, you are now speaking with ME. I have a name and this is my name forever – past, present and future. The Lord’s assurance of His personal presence empowers Moses and grants a solid inner security in the midst of a daunting task. God chooses to reveal Himself in a new, intensely personal dimension, not known to the Patriarchs (see Exodus 6:3).

Why? Because His ongoing conversational relationship with Moses will be the key to Israel’s supernatural victory over Egyptian idolatry and their inheritance of the promises. Should it be any different for us? – Eitan Shishkoff, Pastor Emeritus

If Paul were living today he would probably have written about the ultra-marathons and long distance trail-running races popular today. 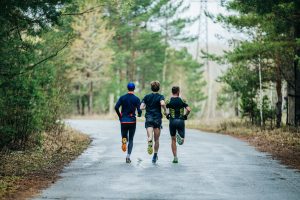 Paul spoke about running a victorious race in 1 Corinthians 9:24-27. He encouraged each of us to set our focus on attaining the heavenly crown of victory. This involves not only our deeds but the attributes of our character. Running a race in order to achieve the heavenly crown demands that we have a spirit of perseverance and self-sacrifice that goes far beyond what is needed when competing for worldly prizes.

The spiritual race is one we all can win. Through God’s grace we can persevere and achieve victory. Let’s examine part of Isaac’s race as an example.

Isaac was the son of promise, yet this did not mean that his life would be easy. In Genesis 26 we read that, after his father’s death, Isaac encountered many external challenges in his “race.” In his heart he still had peace and confidence in God’s promises. This is evidenced by the way in which he reacted to the conflict and rejection that he experienced. Isaac was a farmer working his fields near the area known today as Gaza. His irrigation would have been from wells that were dug by him and his workers. Once the well was dug, water would be carried in buckets from the well.

The Lord blessed Isaac so much that due to his great wealth the Philistines became jealous and blocked his wells. Finally, fearful of Isaac’s power, Abimelech, king of the Philistines asked him to leave (Genesis 26:12-32) the area. So Isaac moved on, several times persevering by digging a new well only for there to be a yet another dispute that, in turn, caused him to go to another place. Without water it would be impossible for Isaac to sustain his household and flocks.

This cycle of moving to a new location, digging and finding water only to have it blocked by others, repeated itself a third time according to my understanding of the Hebrew text. The fourth time Isaac dug a well the situation changed. What we see is that eventually, after being rejected by Abimelech and the Philistines several times in places where he found resources, the last time the situation was different. It seems they finally recognized that he wasn’t going to give up.

It’s not simple to find resources in the desert, and it demands much labor. Isaac’s perseverance and faith in God’s promise ultimately brought him victory. Then Abimelech came to Isaac saying, “I see the Lord is with you” and made a covenant with him.

We as believers are called to keep on keeping on, in order to come into the place of God’s promises for our lives. In Him we have the ability to persevere and achieve His purpose for our daily life. – By Guy Cohen

We would like to update you about another great Eagle Project Weekend that was organized jointly by “Return to Zion” and “Revive Israel.” 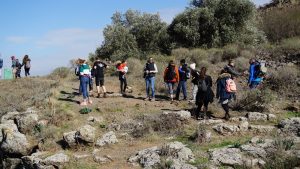 The goal of the Eagle Project Weekend is to invest in the young generation by united activity through fellowship, hiking, teaching, discussions and more.

During a weekend in December young adults from 9 congregations participated,  along with Einar from Norway and 3 families from “Return to Zion” and “Revive Israel.”

In spite of an ominous weather forecast, we had two perfect days at the Sea of Galilee and on the Golan Heights. We started our trip with Naomi’s immersion (baptism). She participated in the last trip to Norway and chose to dedicate her life to the Lord. She was ready to make this step, and it was the first-time in the Eagle program that we immersed a young adult. We are grateful to God for this opportunity and can really see how He is working in the hearts of His people.

After the baptism we drove up to a guest house in the Golan Heights. The rest of the day was full of fellowship, games, a Shabbat meal, and discussions.

That weekend we learned together from the book of James: about faith, a fruitful life and the standards of God’s Kingdom. These are important foundational topics to pass on to the young generation.

After a quality time of teaching and worship on Saturday morning, we had a great hike to Nahal ElAl waterfalls. (Yes, Israel has some lovely waterfalls.)

It is important sometimes to leave the normal routine, in order to to take a break and rest in Him. Wonderful people, great Israeli landscape, teachings and fellowship are fuel for our next steps in the land with Yeshua. It was a great weekend.

Winter has officially arrived in Israel. In contrast to recent years of drought, the months of December and January were mostly rainy, windy and cold. In the midst of this winter weather, a forecast finally came promising a pleasant respite. It was going to be a weekend of gentle sun – showcasing the lush, green landscape under a canopy of picturesque clouds and blue skies. On that weekend masses of Israelis swamped the Northern Galilee and the ski slopes of Mt. Hermon. Snow is rare here and the green beauty of the Galilee is breathtaking.

We too headed out to the Galilee to attend the second quarterly young adult discipleship retreat. These weekend encounters are part of  KELIM, a discipleship program for young adults. Young adults, including soldiers home for the weekend, came to the equipping retreat to dive into a subject that is dear to them. Relationships. Mainly, we focused on preparing for the covenant of marriage. We were blessed to have with us our dear friends and champion equippers for marital relationships – Larry and Lorrie, of Shepherd’s Heart Ministry. 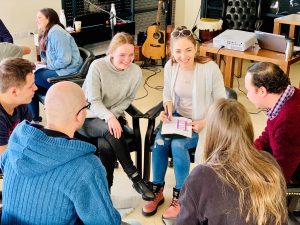 As we began our sunny retreat at a beautiful location overlooking the sparkling Sea of Galilee, I was reminded of Yeshua’s intimate disclosure to His disciples in John 15:15, “…No longer do I call you servants, for a servant does not know what his master is doing; but I have called you friends, for all things that I heard from My Father I have made known to you.” He shared with His friends the one desire He had for them that would make His joy and theirs, full. “These things I have spoken to you, that My joy may remain in you, and that your joy may be full. This is My commandment, that you love one another as I have loved you” (John 15:11).

With these verses in mind, we explored the meaning of love, companionship and how to prepare for and build life-long relationships. Relationships are key to our spiritual growth. They are the ground where the truth of God is practiced. We have to be led to the right relationships and learn the principles of covenant and commitment for godly companionship. God does not evaluate our success by how many people follow us on Facebook nor by the size of our bank balance. He views success through the lens of relationships – first with Him and then with the people He brings to our lives.

We want to take this opportunity to thank you for your support and prayers for this project which aims to train and instruct Yeshua’s disciples here in the Galilee. This is probably the most valuable investment I can think of in preparing the next generation of Israeli believers.

May God continue to use our relationship with you to yield much fruit for the glory of His name and the success of His Kingdom here in Israel! – Avi Tekle

One Response to Oasis Volume 19, Issue 2