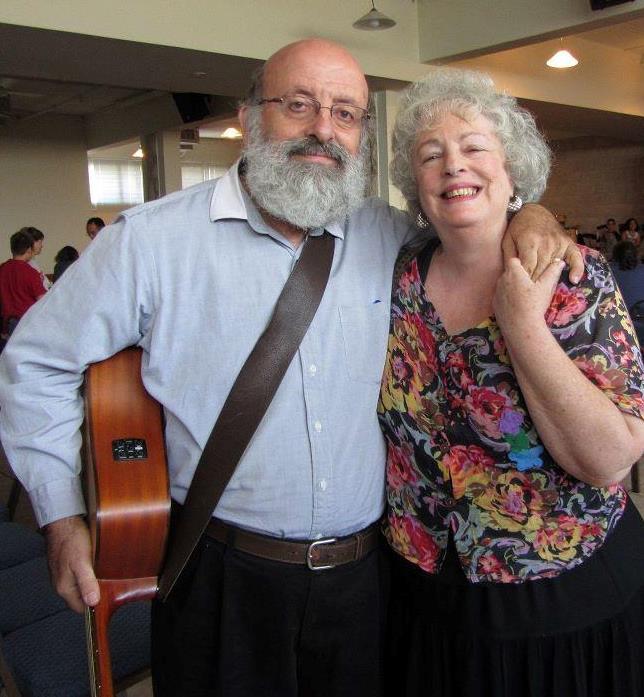 Marc and his wife Leah

What is the measure of one life?  What does a man or woman leave behind? How can I live my life, knowing that one day I will no longer be here, with my wife/children/grandchildren/friends?

These and many more existential questions rise to the surface when someone we dearly love dies. In October of this year (2018) a friend/brother/fellow pioneer – Marc Chopinsky – went to his eternal reward.  I am struck by the rich legacy he left behind.  The songs Marc composed from Scripture quickly became classics throughout the Messianic movement and beyond. He had an uncanny ability to express deep emotion and spirituality through melodies that don’t go away. Marc’s songs carry an unwavering faith, an optimism, a devotion to Yeshua, an eager expectation of His return, the thrill of Israel’s restoration and a warm gratitude to the God of our salvation.

Before meeting Messiah, Marc was an itinerant rock guitarist, playing pubs and clubs in the Washington, D.C. area. He had not written a single tune.  He even stopped playing in public as a new believer, convinced that his craft needed cleansing before being used to glorify God. Thereafter, a fountain of music was released in the still new genre of Messianic praise. Those songs became the central repertoire of Israel’s Hope, the legendary trio of Marc, Rene Bloch, and Paul Wilbur.

With courage and much faith, Marc, Leah, and their ten-year-old son, Eli, arrived in Israel in 1996 – just in time.  I was our first praise and worship leader at Tents of Mercy, doing my best to lead our fledgling congregation in Hebrew, Russian, and English (sometimes all three during the same song).  Having served with Marc during the blessed decade of the 1980s at Beth Messiah Congregation (in Rockville, Maryland), I well knew his gift of bringing God’s people into His presence.  I was delighted and relieved when he took over that role within the community, to establish an enduring pillar in our spiritual foundation.  In fact, generations of worship teams have flourished because of his fathering.

Leading worship in our situation was not a simple calling.  The vast majority of our congregation was from the former Soviet Union.  Russian was the first language not only of the congregants, but also his worship team.  One sister, giving tribute to Marc at the memorial service said, “The way Marc accepted us with patience and respect touched me so deeply. We were from very different cultures, and were barely able to understand one another. He always began our rehearsals with sincere prayer. We became a real family, caring for each other.”

Of course, Marc’s legacy is not limited to the music he composed.  In fact, his character eclipsed what he created. My friend simply gave himself to the Lord, loving Him with his whole heart and helping whomever he met.  You could always count on Marc.  His consistent upbeat presence gave a backbone to our entire community. Without pretense, guile, flashiness or self-promotion this gentle spiritual giant went about the business of serving God year after year.  Through numerous health struggles over the years I never heard him complain once.  He never spoke ill of anyone and fully expected God to show up in response to prayer.

I began this tribute with several basic questions. For me, the sense of our immeasurable loss is outweighed by the answers Marc’s life provides to those questions.  The measure of a person’s life is who they are, how they live. We leave behind what we invest in the lives of others, how we make use of the talents and abilities God gives us.  Our legacy is a tapestry of our life in God, our impact on those around us, and what we give away of that which our Creator/Redeemer has entrusted to us. – EITAN SHISHKOFF, pastor emeritus 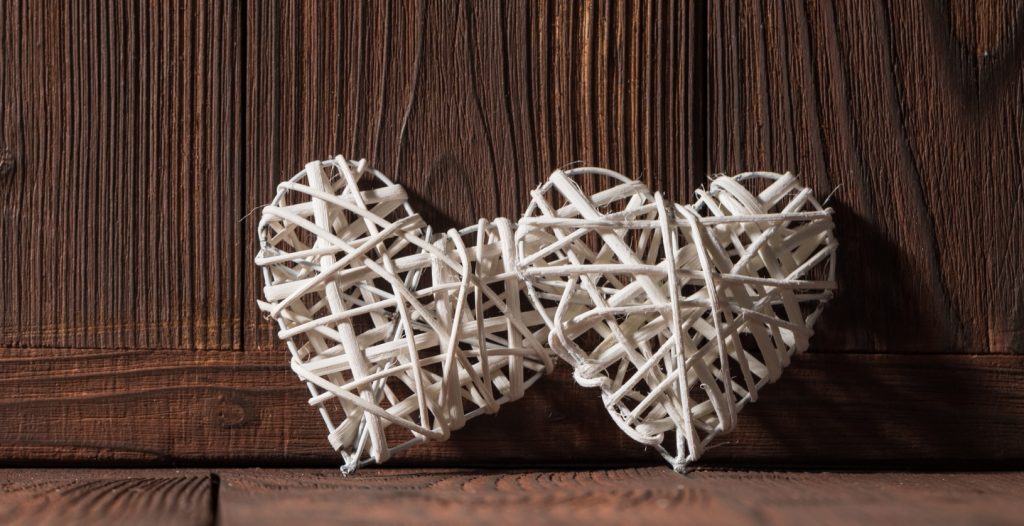 I believe that when a person knows he has reached the end of his life, his last words and parting message are the most important and meaningful of all that he has spoken throughout his life.

In 2 Timothy 4:1-8 Paul, knowing he was nearing the end of his life, spoke his last words to Timothy. This was his final instruction to his beloved disciple.

Spoken before he died, Deuteronomy chapter 32 is known as the song of Moses. It was an expression of praise to the Lord, as Moses spoke His final words to the nation.

In John 17 Yeshua lifts up His eyes to heaven, knowing that the journey of His life here on earth is ending. He is interceding for us, that God our Father would protect us here on earth. Yeshua prayed in verse 15 that God would keep us from the evil one and that we would be made sanctified by His truth (verse 17).

Yeshua ends in verse 26 with this unique word love – in Hebrew, Ahava.  He declares the following, “that the love with which You loved Me may be in them, and I in them.”  If you take the 3-letter Hebrew word for love, two of its letters spell the word “AV” (Father), and the other letter stands for God (H’). This kind of love can come only from the Father God because He is love. This is not about earthly empathy but divine love – a love which gave His own son for us. The Son loves us, and thanks to His sacrifice given in love, we are one with Abba.

Do we as Believers walk in this definition of love? Are we one, living in unity? Or are we saying “I belong to Paul…I belong to Peter” (1 Corinthias 1:12)? In our days we have different denominations, and even non-denominations are a kind of denomination. Is that what the Lord asks of us, to be defined according to our individual denomination or to be one in Him?

“For we know in part and we prophesy in part…” (Corinthians 13:9). Is it possible for us to love, respect and honor each other and our different ways of expressing our faith in the Lord? Our difficulty with this distances us from Yeshua.

Yeshua on the cross in that moment of pain and suffering spoke these words, “Father, forgive them, for they do not know what they do” (Luke 23:34). Do we understand the fullness of the Grace of God thanks to Yeshua? Are we fully aware of the character which should be reflected through our lives to the unsaved and to the saved? Are we able to love one another as He first loved us? – GUY COHEN 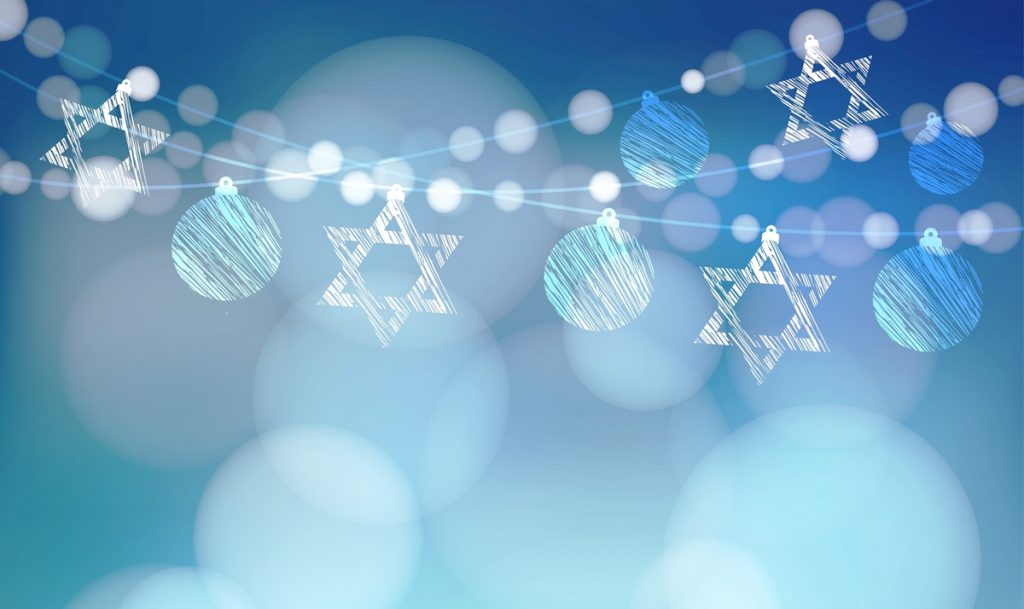 September is a time of new beginnings. Children return to school. Parents and families slowly move back into the pattern of every-day life. Here in Israel things are a little different. Even as school is starting up again, the Hebrew month of Tishrei suddenly arrives and with it a handful of biblical holidays (which are also vacation days!):  the Feast of Trumpets (Yom T’ruah/Rosh HaShanah), Feast of Tabernacles (Sukkot), the Torah yearly reading cycle celebration (Simchat Torah) and the Day of Atonement (Yom Kippur). Most span a 24-hour period, whereas another (Sukkot) last a whole week.

This holiday season, has been full of many wonderful opportunities to reach out to our community and celebrate with them. In addition to the food baskets we handed out, a number of dinners and events were held at the Return to Zion facility in Haifa. One of our main emphases is reaching out to new immigrants. Their response and interest almost overwhelms us. So in addition to the food baskets, we held a celebratory dinner during Rosh Hashanah – a wonderful, intimate time of fellowship, food and music, in which we learned more about the holiday.

Out of the desire to teach, learn and discuss more, we have started a program called the Aleph Club. During these weekly club meetings, new immigrants have open conversations, light meals, music, and discussions about biblical truths which apply to our day-to-day life. The Aleph Club meeting during the holiday gave them a chance to go deeper into the biblical meaning of the holiday and its place in their lives. 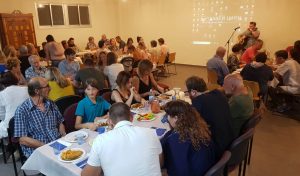 An event, whose whole purpose was blessing Holocaust survivors was held on the final day of Sukkot, with the help of Beit Sar Shalom (Jerusalem), Shavei Tzion (Haifa) and volunteers from Malaysia. More than 60 survivors were invited. The volunteers prepared the meal, sang and played Jewish music to which they danced. Their presence there was such a blessing and even more meaningful considering the bureaucratic “hoops” our Malaysian guests had to jump through to enter Israel. Since Malaysia is a Muslim country, they had to apply for special visas. It is amazing how much love they have for Israel to be willing to go through all that.

Holidays are meant to be spent with friends and families. Many immigrants leave those behind when they move to Israel. It is truly a blessing to be able to create a home-like, nurturing environment for them and to see God’s love touch their lives.

A Legacy of Priestly Unity

He always arrived before everyone; and was always the last to leave the building. His presence was quiet; so much so that you barely felt he was there; yet in his absence there is a great void. 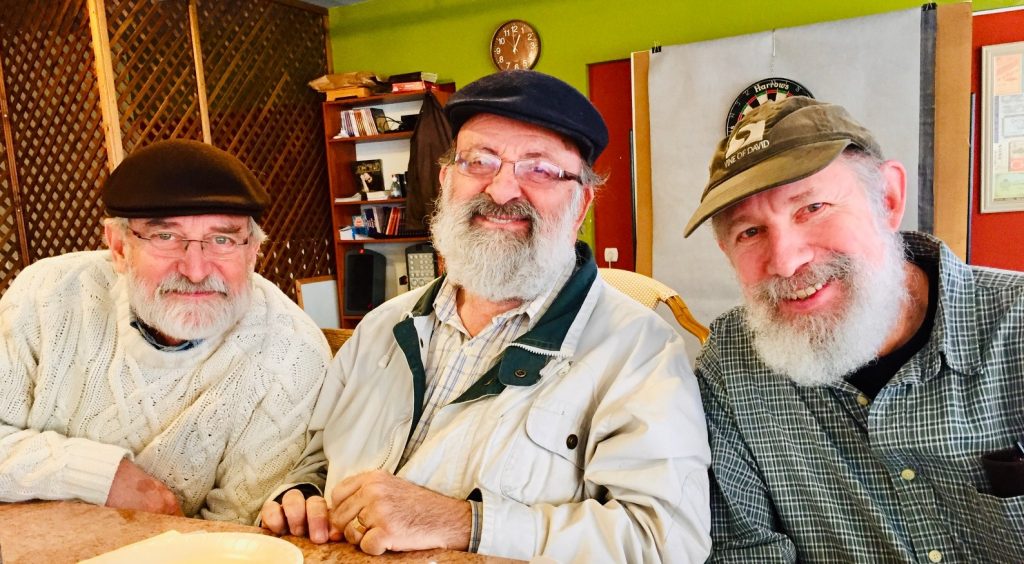 Marc Chopinsky was a quiet hero – a modern day spiritual knight, a worshiper and a psalmist. He paved a way for others to enter the sweet presence of the living God through his Yeshua-centered Jewish worship. Through his life and ministry our brother served us like a priest. In prayer, worship and intercession, he created a bridge into the refuge of God’s heart in times of crisis and struggles.

Humility characterized his life. In Marc’s demeanor and life style he sought always to serve and lift others up, caring little for personal advancement. Often, as young leaders we tend to fear the uncertainty of small beginnings. He was a master at championing small beginnings.

The last Shabbat Marc was with us, I saw him briefly after the service had ended. I thought everyone had left and came to lock up the building – and there he was. He sat at the end of the row, looking past the rows of now-empty chairs, focused on the stage where he frequently served. His look had a depth, as deep calls to deep. He seemed in such a quiet place with himself and His Master. I asked “Marc are you ok?” He replied, “I’m OK. Just don’t lock me in.” He then picked up his walking stick and quietly walked out. Little did I know that early the next morning he would finish his race here on earth and go on to his reward before his King.

It grieves our hearts to say farewell to such a hero. Now, picking up the pieces, we are trying to continue his legacy.

We as the next generation are called to this priestly unity that Marc exemplified. It’s not just unity among brothers but also between fathers and sons. When we connect as spiritual sons and fathers we get to partake of the same anointing and “oil of anointing” that the fathers walked in.

It’s both a humbling privilege and a sobering task. Marc served in a priestly role among us. The “Aaron anointing” from his life is running down to the next generation.

Will we as the young generation keep the oil running? Will the oil remain pure and clean even though oil naturally attracts dirt? Please join us in praying that it will not be contaminated by pride or by the world.

May the memory of our beloved brother Marc Chopinsky be blessed! – Avi Tekla 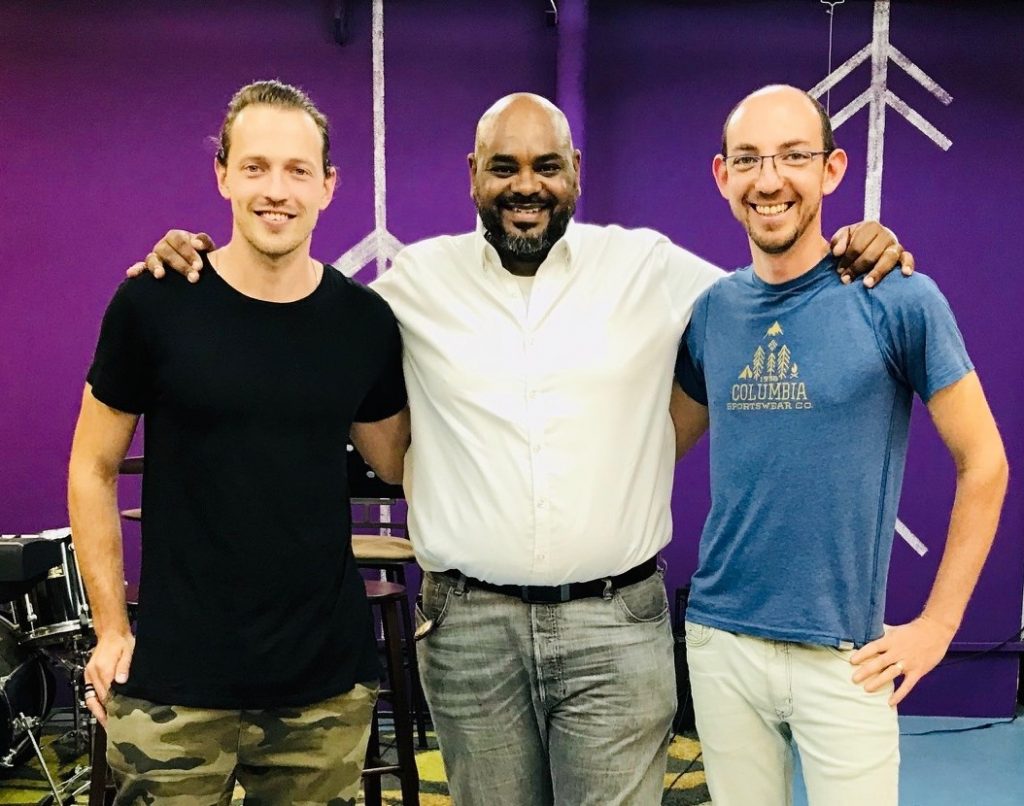