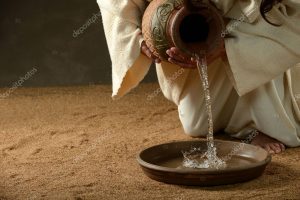 As we round the corner from 2019 to 2020 many nations are facing crises of confidence in their government. In November, Israel’s Attorney General, Avichai Mandelblit handed down a three point indictment of our head of state, Benjamin Netanyahu. I’m not saying guilty or not guilty on the charges. That is not my place. But I am sad to say I observe a lack of humility on Bibi’s part. And at the same time, after two inconclusive national elections, while Israel is virtually paralyzed by political division, our enemies are licking their chops.

What causes division—in a society, a family, a congregation? By definition, division is divisive. It sucks energy out of an enterprise. Here I’m not talking about constructive disagreement. That’s vital. Disagreement can build without tearing down.

It is PRIDE that DIVIDES and HUMILITY that HEALS. In the Garden of Eden, it was pride that led to the fall of the original Adam. The “second Adam,” Yeshua, brought healing and eternal redemption through the humiliation of the cross.

But is it possible to live in genuine humility? Doesn’t each of us wrestle with a desire to be the center? Here are some things our Author has to say about humility:

“He has shown you, O man, what is good; and what does the LORD require of you, but to do justly, and to love mercy, and to walk humbly with your God?” (Micah 6:8)

“…all of you be subject one to another, and be clothed with humility: for God resists the proud, and gives grace to the humble. Humble yourselves therefore under the mighty hand of God, that he may exalt you in due time” (I Peter 5:5,6).

“Pride goes before destruction, and a haughty spirit before a fall. Better to be of a humble spirit with the lowly, than to divide the spoil with the proud” (Proverbs 16:18,19).

Since the Lord requires it, we must conclude that genuine humility is not only possible, but that we have the guarantee of His grace to transform us into being humble.

An Opportunity to Humble Myself

In the Galilee, we have a unique situation. With nearly equal numbers of Jewish and Arab citizens, northern Israel is an area of relative calm in the “Arab-Israeli” conflict. Our peaceful co-existence provides an unprecedented opportunity. Here both Jewish and Arab disciples of Yeshua, share the same portion of Israel. Our numbers are modest with around 5,000 Jewish Israeli believers and 3,000 born-again Arab Israelis. 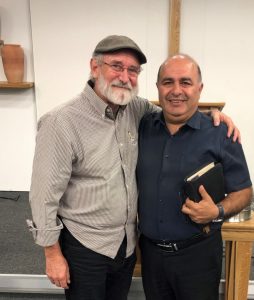 A few weeks ago, Pastor Hani Billan invited me to bring a message concerning our brotherhood in Messiah to his Baptist Church in Cana Village, where Yeshua turned water into wine. They told me I was the first Jew ever to preach there. After thanking my brothers and sisters for the profound privilege of being with them, I began by speaking of Mutual Honor. This was exemplified by Yeshua humbling Himself in the Passover-Last Supper foot-washing.

I then knelt before them as a Jewish Israeli. I repented and asked forgiveness for the injustices, prejudice, mistreatment, and discrimination they have experienced as Arab citizens of Israel. The room went silent. Then I invited us to go beyond superficial reconciliation—to become the kind of friends who break bread in one another’s homes. After the service I was told repeatedly how touched the people were by what I had shared.

A Patriarch Bows before his Enemy

The account of Jacob meeting Esau in Genesis 33 provides a powerful pattern for healing relationships. Jacob is preparing his extensive family to return to the land of Abraham and Isaac. He wrestles with an angel/man who gives him a new name, and an altered nature of humility. The next day he is faced with his sworn enemy, brother Esau, along with 400 warriors. His response? He approached Esau, bowing seven times. This is counter-intuitive. You’re intentionally defenseless, kneeling on the ground before the guy who’s waited decades to “do you in”?

But the outcome is dramatic. “And Esau ran to meet him, and embraced him, and fell on his neck, and kissed him: and they wept” (Genesis 33:4). This is beyond reconciliation. This is restored brotherhood. And THAT is what God is after. Jacob only returned to his God-given inheritance when he was able to humble himself before his brother.

I am convinced that in our sphere, as brothers/sisters in Messiah, we can initiate healing in the Arab-Jewish rift. Not that we surrender to terrorists, but that we build authentic relationships through our shared redemption in Messiah.

“Therefore, as the elect of God, holy and beloved, put on tender mercies, kindness, humility, meekness, long suffering; bearing with one another, and forgiving one another, if anyone has a complaint against another; even as Messiah forgave you, so you also must do” (Colossians 3:12,13).

God is teaching me about the healing power of humility. As I resist the strong temptation to lash back, refusing to burn relational bridges with those who have hurt me, I’m seeing wonderful fruit. Friendships are being restored. I sense God’s pleasure. Light triumphs over darkness.

Humility is hard to come by. It’s costly stuff. My pride has to be crucified. And it’s paradoxical. The moment you think you’re kind of humble, you’re not. I remember clearly as an organic hippie in the mountains, thinking: “You know, I’m pretty pure. I eat pure food, breathe pure air. I’m not ripping people off.” But when I looked into the eyes of Messiah on the Roman cross, I knew that I was not the humble individual I thought I was.

Where do you have a broken relationship? Are you allowing pride to divide? Can Jacob’s approach be applied in your life? How does Yeshua want to use you to heal through humility? – Eitan Shishkoff

The Eagle Project is a joint ministry of Return to Zion and Revive Israel. It was created to invest in young adults in Israel and abroad, to disciple and equip them for their next steps with the Lord, and to develop the next generation of leaders and servants.

The Eagle Project includes practical global programs that enable the young participants to minister using their gifts. As a first step, we sent a team to Asia to bring the Word out of Zion and to serve together in unity with the young generation there. (Eagle Project- Global Ministries Update June 2019)

In long-term relationship with global family and friends, we took the second step in late 2019. We invited young adults (primarily from Asia) who had participated in the Eagle Project to come to Israel. Here, together with the local youth, they were involved in ten days of practical ministry, fellowship and discipleship. God gave us great opportunities to unite young people from Taiwan, Japan, France, Norway and Israel, and to serve Him together as one body.

The main subject of the program was Identity. According to the vision of the Eagle Project (taken from I John 2:14), a strong identity in our youth will make the Kingdom of God stronger.

We started in the city of Haifa in northern Israel. The first day a worship evening was led by 11 worshipers and musicians as one group from different congregations and countries. Approximately 80 youth and young adults attended this evening, focusing on God as our highest priority.

We continued with fellowship, a Shabbat meal and ministry at the local congregation with testimonies, worship and reading the Scriptures. In the evening the young people shared their experiences, prayed for each other, experienced healing, and saw miracles during the time of unity at the feet of our Lord.

After a great time of traveling, teaching and ministry, the team moved to Yad Hashmona in the Jerusalem area for the second part of the program.

There we hiked with the local youth on the Emmaus Road. The spirit of the Lord opened our hearts and minds for further steps. The days were full of biblical discussions, serving at a rehab center in Jerusalem, visiting the Holocaust Memorial and ministering at local congregations in Jerusalem and Tel Aviv. As the young people experienced new things, 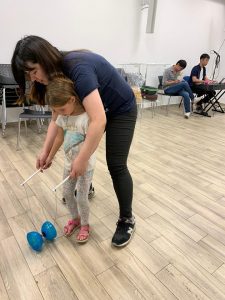 they learned how to serve one another and listen to God. They were not afraid to make mistakes as each of them built up their own identity in His Kingdom. It was part of producing new young leaders and servants, part of something bigger in God’s plan for their life and ministry.

The connection between young Jews and Gentiles during Feast of Tabernacles in Israel was a fulfillment of biblical prophecy, and we know God has more in store!

We are already planning the next year at Eagle Global Ministries, and we are inviting you to partner with us and support it. When a ministry is reaching out to the youth, many attacks may follow; therefore, it needs spiritual covering from believers and congregations. Please pray for us. God has been moving and is continuing to move. We believe He will do great things in the lives of these young people who will bear much fruit in the body of Messiah worldwide. – Evgeni “Eagle Project”

As the State of Israel looks for a solution to the current political stalemate and repeated elections, I am reminded of the crisis of leadership in I Samuel 8. The time of the judges was drawing to a close. Samuel the prophet was old, and his sons had failed to stand as judges over Israel in God’s way. So the elders of Israel compared their system of government to the surrounding nations and demanded of Samuel, “Give us a king…” (verse 6).

This did not happen overnight. It was a process in which the leadership of the nation slowly broke down and people turned towards personal gain. This breakdown included the lack of teaching of the Torah to the nation by the Cohanim (priests). As God’s framework for His people weakened, so too did the condition of their hearts.

Samuel did as God commanded and presented to the elders a clear picture of how this king they wanted would actually operate. A king costs the people in many ways – financially, taking all authority, controlling families and businesses and more. Kings gradually bring their friends into power along with them and the people have little choice in the matter. This is the nature of the kingdoms of this world.

God our King – Yeshua, the King of Kings – is the only one with a heart to give and not to take. However, when Samuel tried to persuade them not to appoint a human king, the elders said no! They had decided, and refused to listen to the warning of God through the Prophet Samuel.

As all nations of the earth contend with their own imperfect and even abusive governments, we should remember that even in a democracy the problem begins with the heart. We are called to honor all men but to worship God alone.